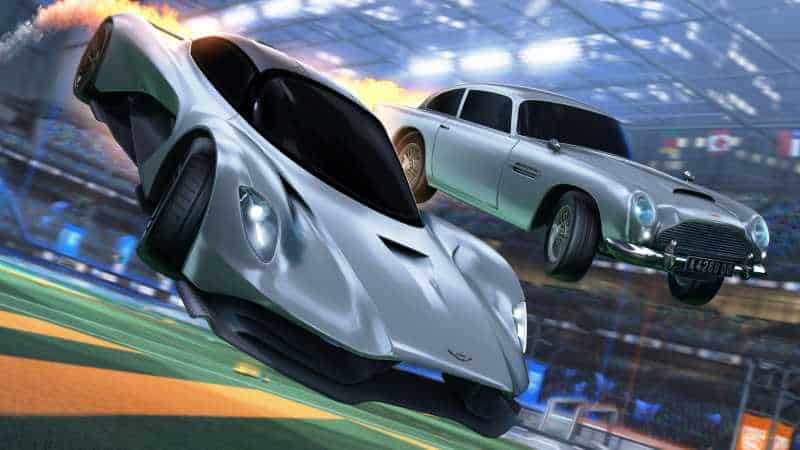 James Bond’s Aston Martin has been added to Rocket League in a promotional tie-in to the new movie No Time To Die. The car-sports game regularly features crossovers with other media, and has in the past included famous fictional cars like the ECTO-1 from Ghostbusters and KITT from the classic 1980s TV show Knight Rider.

How do I get 007’s AM Valhalla in Rocket League?

When can I get 007’s AM Valhalla in Rocket League?

The Aston Martin Valhalla was added to Rocket League on October 7, 2021 and will be available until October 14, 2021.

What is Bond’s car in No Time To Die?

James Bond’s car in No Time To Die is a silver Aston Martin Valhalla, a road-legal supercar with a sleek formula one inspired chassis design.

The Aston Martin Valhalla is a 937-horsepower hybrid car that can reach a top speed of 217 miles per hour. It’s hybrid twin-turbo V8 engine can go from 0 to 62mph in under 2.5 seconds, making it quite the eco-friendly electric beast.

Previously known as the AM-RB 003 hypercar when it made its debut, the Valhalla was re-revealed at the 2021 British Grand Prix, as a car designed to compete with top-end smart hypercar rivals like Ferrari’s SF90 Stradale, the Pininfarina Battista and Mercedes-AMG’s Project One.

The Aston Martin Valhalla may be the new sports car that made it into Rocket League, but Bond will also drive an Aston Martin DB5 (replica) in the new feature film as a nod to his cinematic roots. If you want to go and see James Bond in No Time To Die, that movie finally came out on September 30, 2021 … so you should probably get to that already.

How to get Legendary Weapons in New World

How to check if the Splitgate servers are down