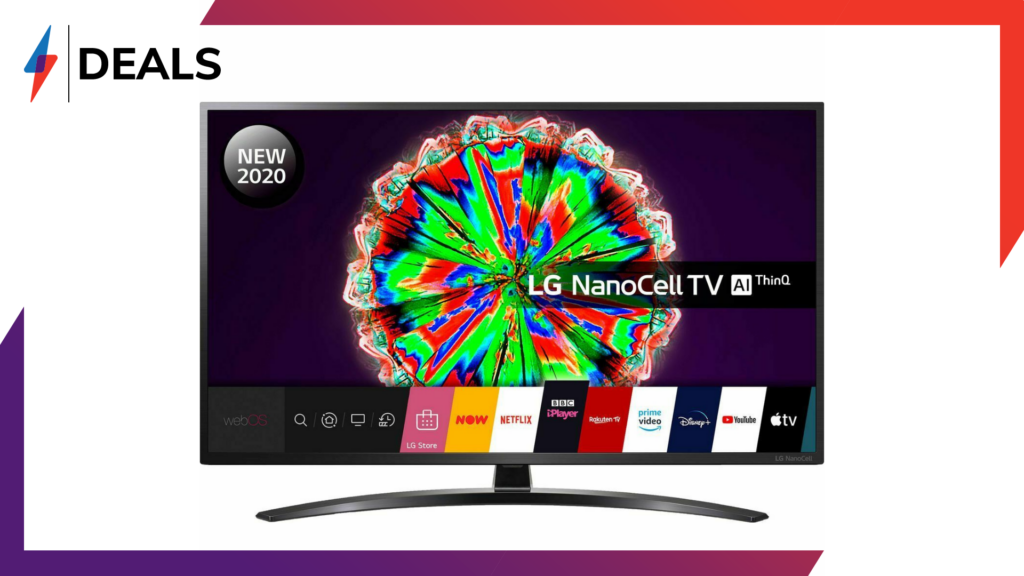 Calling all gamers, Hughes’ eBay store has just dropped a doozy of a deal, letting you get the next-gen console ready LG 65NANO866NA TV for just £749, down from £809.

Available via the discount code HAVE15, the deal will only be around until midnight tomorrow (August 5), at which point the code will no longer work.

The 866NA range of LG TVs were already designed to be a more affordable way for gamers to benefit from high-end specs including a 120Hz refresh rate and USB 2.1 ports, which is why any available discount on top is worth shouting about.

It almost goes without saying, but refresh rates can have a huge impact on how you play and the level of immersion you can feel when playing your favourite games.

Fast-paced titles like Forza Horizon 4, Rocket League and Call of Duty: Warzone are perfectly suited for this set-up, allowing you to react more quickly to the action as it unfolds.

This is possible thanks to the two HDMI 2.1 ports found on the 65NANO866NA – without it the TV would be unable to process content at 4K in 120fps.

Beyond these features, the 886NA is still a fantastic set for also enjoying your favourite TV shows and films. It uses LG’s NanoCell technology to provide better contrast and more realistic lighting than standard 4K TVs.

Plus, with LG’s webOS platform baked into the TV, you can access all of the main streaming services, from Netflix to Disney Plus, instantly. You can also keep an eye on any connected smart home appliances in the Home Dashboard.

Last but not least, there’s support for both Alexa and Google Assistant, allowing you to simply ask for the content you want to watch instead of rummaging through countless menus.

With a whopping £60 off thanks to the code HAVE15, the LG 65NANO866NA is an absolute bargain for any next-gen gamers wanting to get the best out of their new consoles.