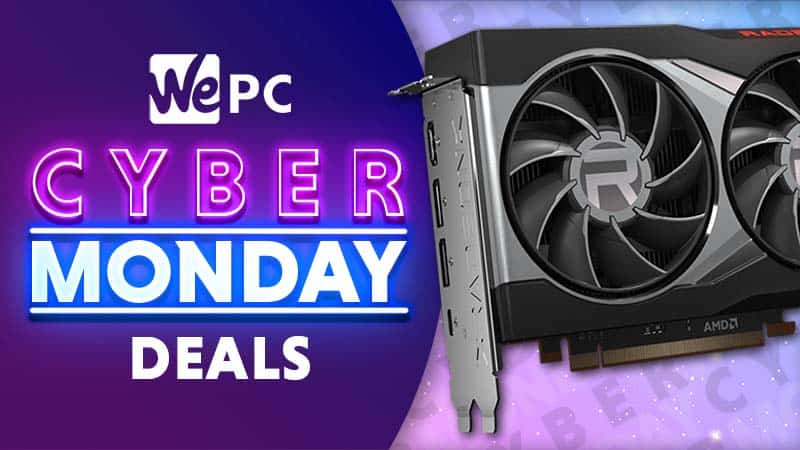 Just because there’s a graphics card stock shortage, doesn’t mean you should settle for a card that you don’t actually want. The RX 6900XT is a great graphics card that provides enough power to blow ensure you have a good time on pretty much any modern game in 4K, plus it’ll almost certainly handle some VR too. That said, you might find it a bit challenging to get your hands on one right now. That’s where we come in. To aid you in your mission for graphical excellence, we’ve compiled a list of the best deals on 6900XTs that are still in stock this Cyber Monday 2021.

Normally, your best bet for pretty much any Cyber Monday deal would be Amazon. The store is massive, so they typically have the largest amount of available stock, as well as the best deals around. However, because they’re such a big target for bargain hunters, the chances are that they’ll be out of stock unless you start buying as early as possible on the big day. A better option might be to support more obscure retailers. While they won’t all be offering stunning deals, they’re less likely to immediately run out of stock because millions of people are trying to buy from them.

If you cannot get your hands on a 6800, why not try your luck on an RTX 3060 or 6800XT? The 3060 is a popular lightweight card for medium builds that are often in stock more than the giants of this generation. However, if you’re set on grabbing yourself a premium quality AMD card, then we have deal-spotters for the 6800XT too.

The 6900XT has an MSRP of $999, but you’ll struggle to find one for anywhere near that price right now. Even on places like Amazon, you’ll need to shell out closer to $2000 to get your hands on a decent 6900XT, and the prices are even worse on places like eBay. It’s not all doom and gloom though. Some retailers will actually offer semi-decent deals around the $1500 mark, but they’ll be snapped up quickly, so get in while you can.

Minecraft Caves and Cliffs Part 2 gets a release date