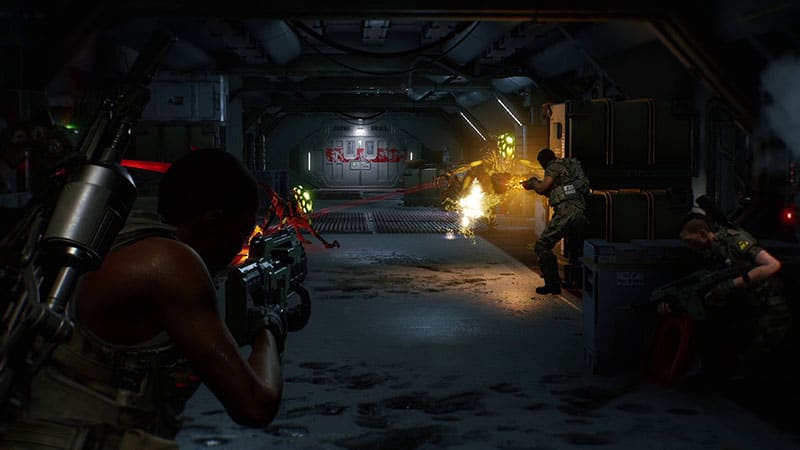 Alien Fireteam Elite is the coop shooter that fans of Aliens have demanded for some time. With the game’s fantastic launch on consoles in August, the game has only gotten bigger and better. One of the ways the developers are planning on doing that is through the new Aliens Fireteam Elite season 2 content, which has been announced for December 14.

Aliens Fireteam Elite Season 2 is called Point Defence, an indicator of things to come. The new season comes with a new game mode, called Point Defence, which sounds like a horde mode v2 at first, but in fact, it plays differently.  You and your team off synths or real players are tasked with holding down three points against a wave of Xeno enemies. Your mission is all about protecting three crucial areas from alien invaders. If they do take damage, you’ll need to repair them too. As you play through the mode, you’ll also get points to buy consumables to make your life a little easier as it gets harder and harder to deal with.

Moreso, Season 2 launches with the usual round of content. There will be free weapons, armor, and other cosmetics to unlock. Those that got the Endevaour pass will more than likely enjoy a plethora of other goodies courtesy of the games season pass.

As mentioned, the Aliens Fireteam Elite Season 2 release date is scheduled for December 14. It is part of the yearly content plan the game has in store, with the every three-month content update now back in store. In September, the developers released the Phalanx update, adding in a tank themed riot shield user. While we are not getting a new class, we are getting a new game mode, which should freshen up the content experience for those playing.