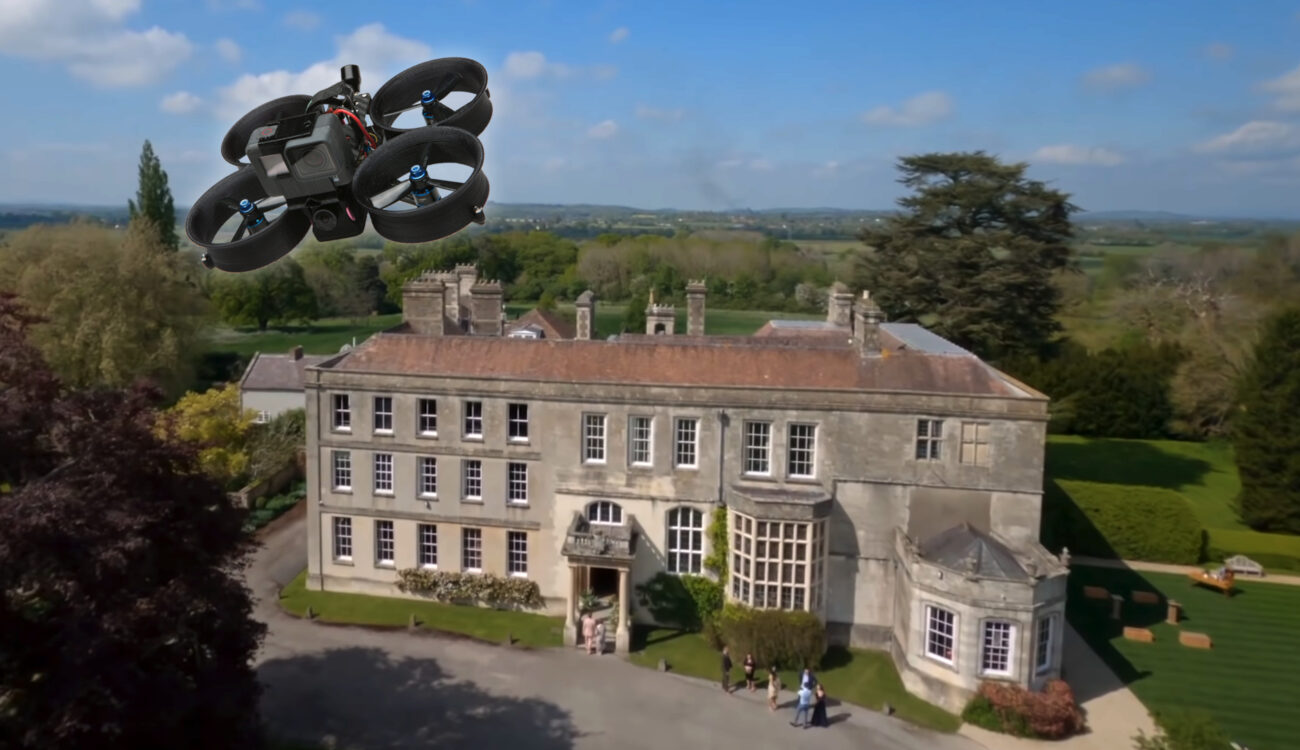 This is another cool FPV (First Person View) drone video, filmed as a single-shot and masterfully executed indeed. This time the setting is a (staged) wedding ceremony and the whole thing acts as an advertisement for the wedding venue.

FPV drones have made the jump from tech-savvy hobbyists shooting parcour videos to actual filmmakers, it seems. We’ve already had a few examples here on our site, like the one from Venice Beach in 2017 and the more recent one from a bowling alley. The subject of today’s post is another masterful drone video, this time the pilot roams through an old yet beautiful wedding venue.

Along with the main attraction, the venue itself, over 30 actors (family and friends, as well as some volunteers from the area) were involved in the project. Elmore Court, a wedding venue in Gloucestershire, UK, wanted to spread the word that it is once again open for (wedding) business and approached drone pilot Andy Lawrence to help with the project.

The whole thing was shot in just a few hours. Since it’s (almost) a single-shot video, I’m sure there was a lot of blocking and rehearsing.

The fun part is when the drone is plucked out of the air by a gentleman from the staff and placed on a tray next to some classy drink. From there, the drone takes off again and continues its journey through the building while witnessing what appears to be a wedding in action.

All in all, it’s a nice video and a very well crafted promotion for Elmore Court. We all know that “promotional” videos of venues like this are usually a bit… dusty, to say the best. This fresh approach was done very nicely and it’s really fun to watch. Well done!

Oh, and if you’re more into soccer, then this other video, also made by Andy Lawrence, might be a better fit:

What’s your opinion on these FPV drone videos? Share your thoughts in the comments below!

This is how we test smartphones at NextPit