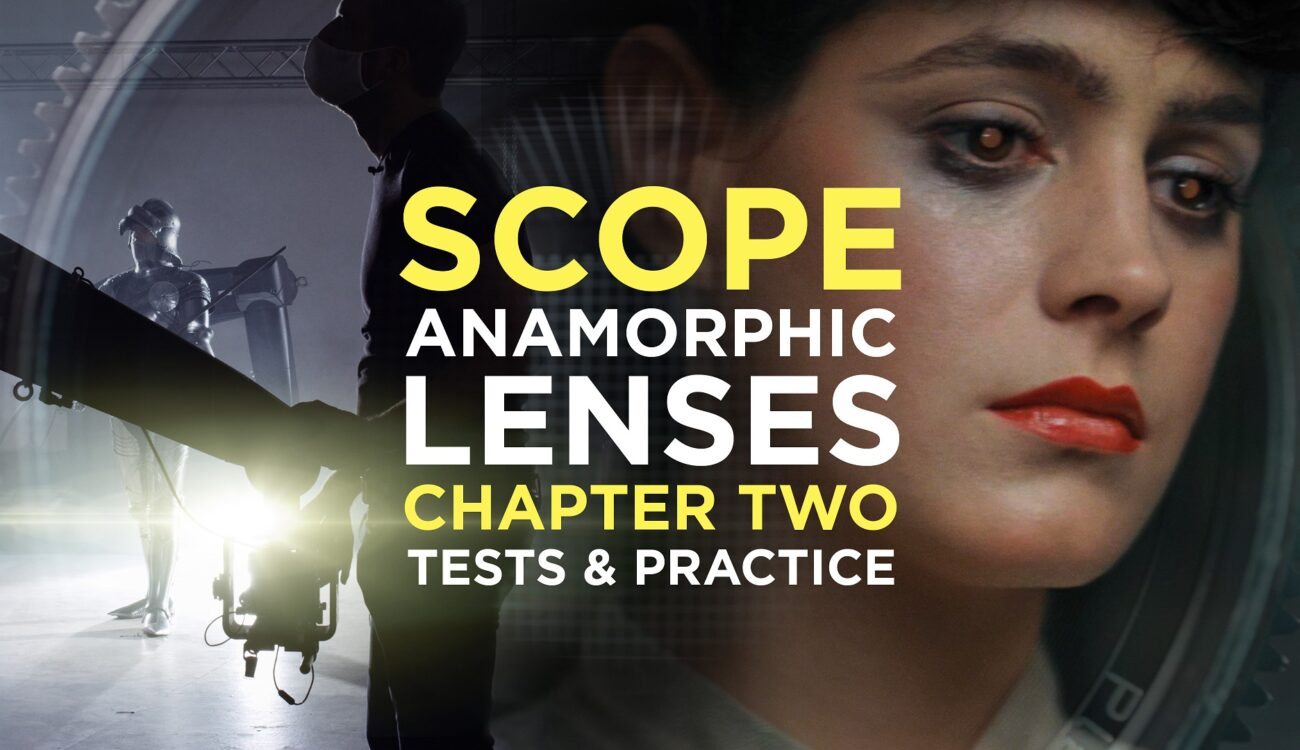 The Anamorphic battle between cinema lenses, projector attachments, and anamorphic lens adapters is the main focus of the new Media Division Epic Episode SCOPE Chapter Two. After the first chapter with theoretical essentials of anamorphic shooting, the Media Division host Nikolas Moldenhauer takes us on a two-hour-long journey through practical tests and much more.

Back in February 2021, I wrote about a new Media Division Epic Episode – SCOPE, in which, Media Division host Nikolas Moldenhauer took on the complex topic of anamorphic lenses. I keep repeating myself, but every time when Media Division drops a new Epic Episode, the filmmaking gear geek in me gets very excited. While MD often publishes some shorter videos, the main long episodes get released approximately every six months. The reason is simple – there is an incredible amount of hours going into them. Anyway, a few days ago Nikolas published the second chapter of SCOPE, which deals with practical tests of anamorphic lenses, attachments, and adapters. Let’s take a short look at it.

The nearly two-hour-long video starts with yet another Blade Runner spoof. I have to admit that Nikolas has gotten really good with that and apart from a slight discrepancy between the original audio of Harisson Ford and Nikolas’ audio, I would totally believe that he actually acted in Ridley Scott’s movie. As with the first chapter, this video is divided into more different parts so that viewers can easily navigate through it.

The title of the first part is “Roads to an Anamorphic Image” and Nikolas explains a bit about the situation on the market when it comes to anamorphic cinema lenses such as Panavision, Hawk, Zeiss, or Cooke. While some manufacturers only rent the lenses directly or sell the lenses to select rental houses, others offer them to the public, but the price segment is much higher than with most spherical cinema lenses. Nikolas further talks about the different aspect ratios, resolutions, squeeze factors, and which camera sensors are the most suitable for shooting anamorphic. The first part also lays the foundation for testing methods included in the second part.

Part two takes up most of the video and it is all about testing different anamorphic setups. Nikolas used more scenes to test each solution’s capabilities – close focus, sharpness, focusing, distortion at the edges, and so on. The studio scene with the armored knight (swordsman Dierk Hagedorn) featured in the first chapter is present here as well. With the help of the Marmalade production studio and their two robotic arms, Nikolas was able to shoot the same movement for every anamorphic setup he tested. When it comes to anamorphic cine lenses, he tested the following pieces:

There is also a whole segment about the Atlas Orion lenses including an interview with the lens creators – Forrest Schultz and Dan Kanes – about designing affordable anamorphic primes. By the way, you can check our review of the Atlas Orion 40mm lens in case you haven’t already. Another interesting segment is the comparison of the old Bausch&Lomb Cinescope Baltar lenses and the new Atlas Orion.

Next anamorphic solutions feature anamorphic projector attachments. Nikolas talks about the possible problems and solutions when using these attachments, that are not designed for image acquisition. He tests the following attachments:

The attachments were paired with different vintage lenses with all kinds of adapters and DIY solutions. The last group of anamorphic solutions includes the anamorphic adapters. These work in a similar way as anamorphic projector attachments, but are generally more practical for shooting. He tested the following adapters:

At the next segment, Nikolas pitched different solutions against each other trying to show that for certain scenarios, even an affordable adapter can create the desired look. For fast-paced anamorphic production on set, he, however, always recommends going with the cinema lens as it is much easier to use. Especially when it comes to focusing. Most adapters and attachments require dual focusing – on the lens as well as on the adapter – which makes pulling focus or any efficient workflow very difficult or impossible.

In the third part, we get to hear a few words from Tito Ferradans, who has a lot of knowledge and experience when it comes to shooting anamorphic on a budget. Nikolas also shows some unusual creative ways of using anamorphic lenses, for instance rotating them to achieve a special look. Last but not least, there is a segment about anamorphic still photography with Dick Sweeney.

I am already now looking forward to the SCOPE Third Chapter, which will include some practical examples, lens modifying, coating removal, and more. If you like Media Division content, please consider becoming a member and support the creation of the next episodes. I think the educational potential of these Epic Episodes is huge.

Do you shoot anamorphic? What kind of solution do you use? What do you think about the Media Division SCOPE videos? Let us know in the comments section underneath the article.

Flashback: Sony Ericsson P910 used an odd flavor of touch Symbian and wanted to do it all