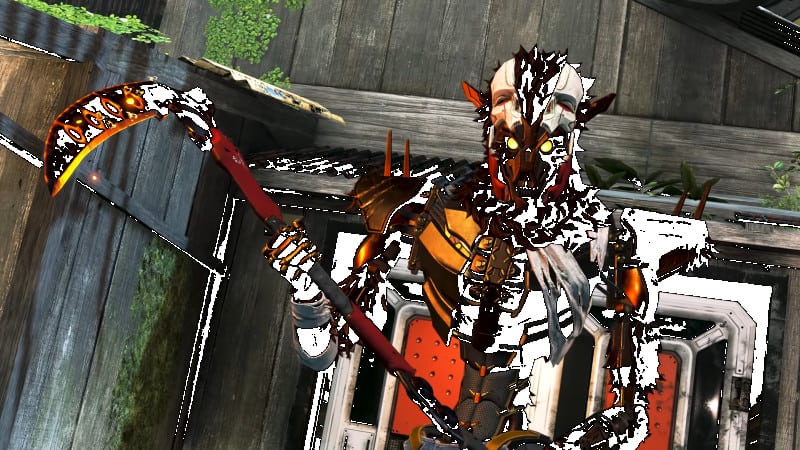 The Halloween event is now live on Apex Legends. With an assortment of spooky-themed skins, banners, badges and charms. Even better, the widely-loved Shadow Royale is back too. A new Arena map is live too, Encore. Basically, there’s quite a lot in this new update. Let’s have a looksie together.

How long does the Monsters Within event last?

The Halloween Monsters Within event starts October 12th and then ends November 2nd.

Encore is part of Seer’s home planet, Boreas. Seer’s most ardent fans would often cluster to watch him duel and fight there. This map is open and offers strong environmental awareness. It’s relatively smaller and a bit more compact, in terms of spacing. It’s a lot easier to run into your opponents.

In addition to new skins, there’s some Halloween-themed frames for you banners, as well as new trackers. These all look amazing, and if you don’t get the one you want from the Monsters Within packs, you can craft them! Although the crafting price is a little more pricey, after two seasons, crafting metal costs of Monsters Within Items may be reduced.

If you do want to get the Monsters Within packs, then here’s two things to remember:

Return of the Shadow Royale

During the last week of the event, the Shadow Royale will be making a return. Players can take part in a darker version of the Apex Games. Overseen by Revenant with a spooky twist. All slain Legends respawn in a Shadow-Form to exact revenge and help their living squadmates. Shadow lives are infinite, and your squad’s not eliminated until the last living Legend falls.

Shadows have increased manoeuvrability, but they don’t carry any weapons. Instead, they deal a much larger number of melee damage.