On June 7, Apple announced updates to its key software platforms. The company talked about a lot of serious innovations, but a number of interesting and useful functions were not revealed. Video blogger Steven Fjordstrom noted that Apple has significantly improved the Files app in iPadOS 15, bringing it closer in functionality to the Finder on desktop macOS.

First, the iPad file manager has received support for the Windows NTFS file system. Thus, iPad users will be able to use external drives to transfer data between tablet and Windows PC without any problem. However, it is worth noting that, as in macOS, editing files on devices with the NTFS file system is not possible. Users will only be able to view documents, as well as copy data to a drive or from a drive to the tablet’s memory.

Secondly, there is a new circular indicator in the Files application that indicates the progress when copying or moving files. Clicking on it will open a larger progress bar showing more details about the operation.

Among other things, the Files app in iPadOS will allow you to select multiple folders or files when using your mouse or trackpad to perform batch actions, and will also provide the ability to split files by type, similar to how you can do it in the Finder. 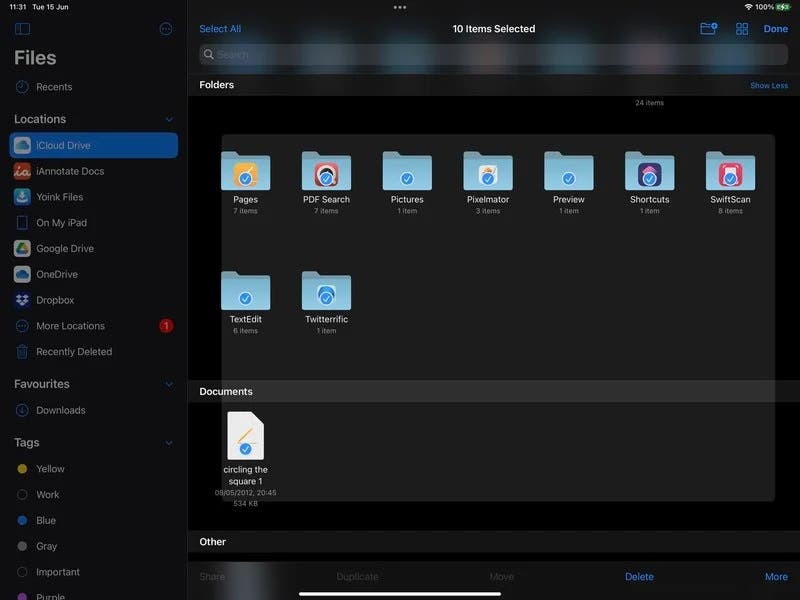 Apple has announced an update for the iPadOS tablet operating system. The developers tried to improve the interface of devices with the new system and increase their multitasking; which became the central theme of the update. The changes appears at the WWDC 2021 presentation.

Of the key changes, with the new OS, Apple tablets will receive a button to quickly switch between applications. This is intended to simplify the process of sharing information between two running applications in the “Split View” (split screen) mode. At the same time, the company does not increase the number of available applications in the mode; as before, the screen can be divided into only two parts.

The developers have made it easier to navigate open applications. You can now access other pairs of open multitasking services through the Shelf tool. In addition, the company allowed users to pin widgets to any convenient place and improved the home screen; removing unpopular applications on the device into a separate folder.

Users can group applications conveniently into sections in the App Library; and this happens automatically, depending on the topic or purpose of the application. For example, users can collect games in one folder, financial applications or educational applications in another.