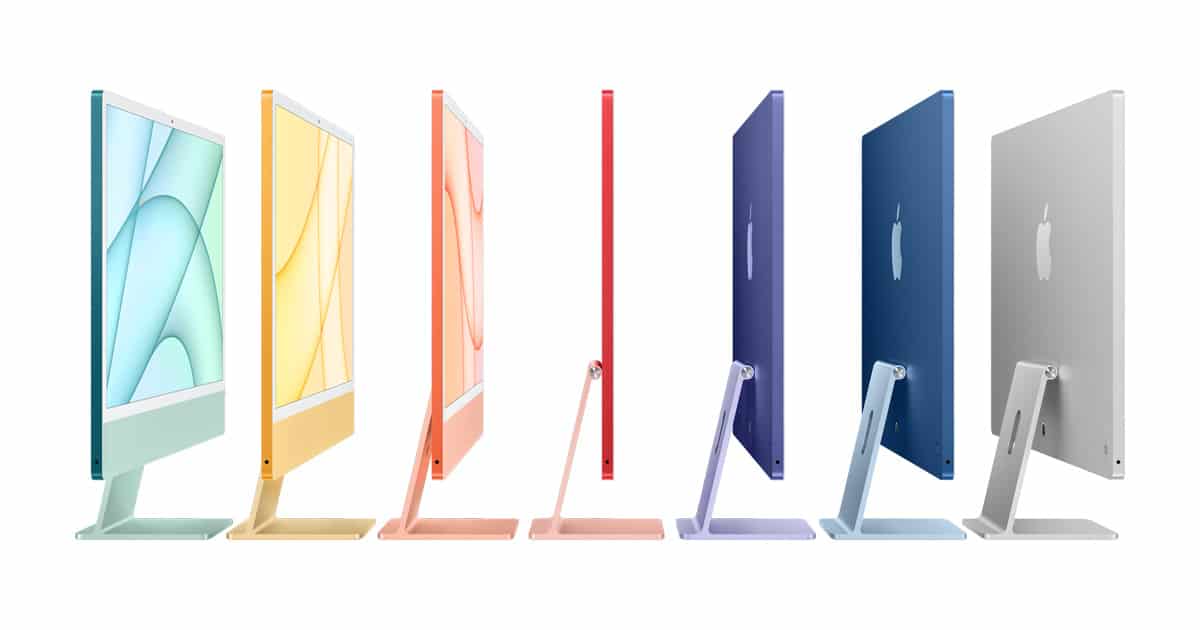 Hot off of the heels of their recent ‘Apple Unleashed‘ event, the Cupertino-based giant has now been pipped to be refreshing their line of 27-inch iMacs next year. With the MacBook Pro now equipped with the M1 Pro and M1 Max chipsets, we could see something pretty interesting from Apple, with their choice of chip for this particular workstation refresh. Earlier this year we saw the 24-inch iMac receive a stylish, colorful refresh, which is now equipped with the M1 Chip, so it’s likely that we’re going to see the 27-inch being refreshed to be more in line with Apple’s fruity colors, in addition to bringing their own silicon into the 27-inch iMac.

The rumor originates from the display supply chain consultant Ross Young, who initially reported that it was going to first be a standalone display before walking it back and confirming that we could see a brand-new full-fat 27-inch iMac.

Curiously, he also states that we could be seeing the introduction of a ProMotion display on the 27-inch iMac, which isn’t too surprising as the feature is now being deployed across the rest of Apple’s ecosystem. The rumor suggests that we could see a refresh rate of up to a buttery-smooth 120Hz, which is a stat that PC gamers and PC panels have enjoyed for quite some time already since higher refresh rates became standard among gaming monitors. The display technology being used according to MacRumors is MiniLED, which has previously been seen in their brand-new slate of MacBook Pro, announced earlier this week. In terms of the resolution used for the 27-inch iMac refresh, we are unlikely to see a downgrade from the 5K resolution of the current models in production, meaning that it wouldn’t necessarily require a spec bump, but just a proper transition into being a MiniLED, ProMotion display with a high refresh rate.

It’s unlikely that we are going to see any statements from Apple directly regarding this until we find out more details aside from this initial rumor for now, as they’ve just done two briefings in fairly quick succession. We’d suggest that an official announcement is now poised to be for the first quarter of next year. So, a new 27-inch iMac can’t be too far off, since all of their lines are being dolled up with their own silicon, which we can only speculate as being more cost-effective than still using x86 platforms.

God of War (2018) gets a surprising PC release date