Billy The Robot Promises a ‘Follow Me’ Dolly on Kickstarter 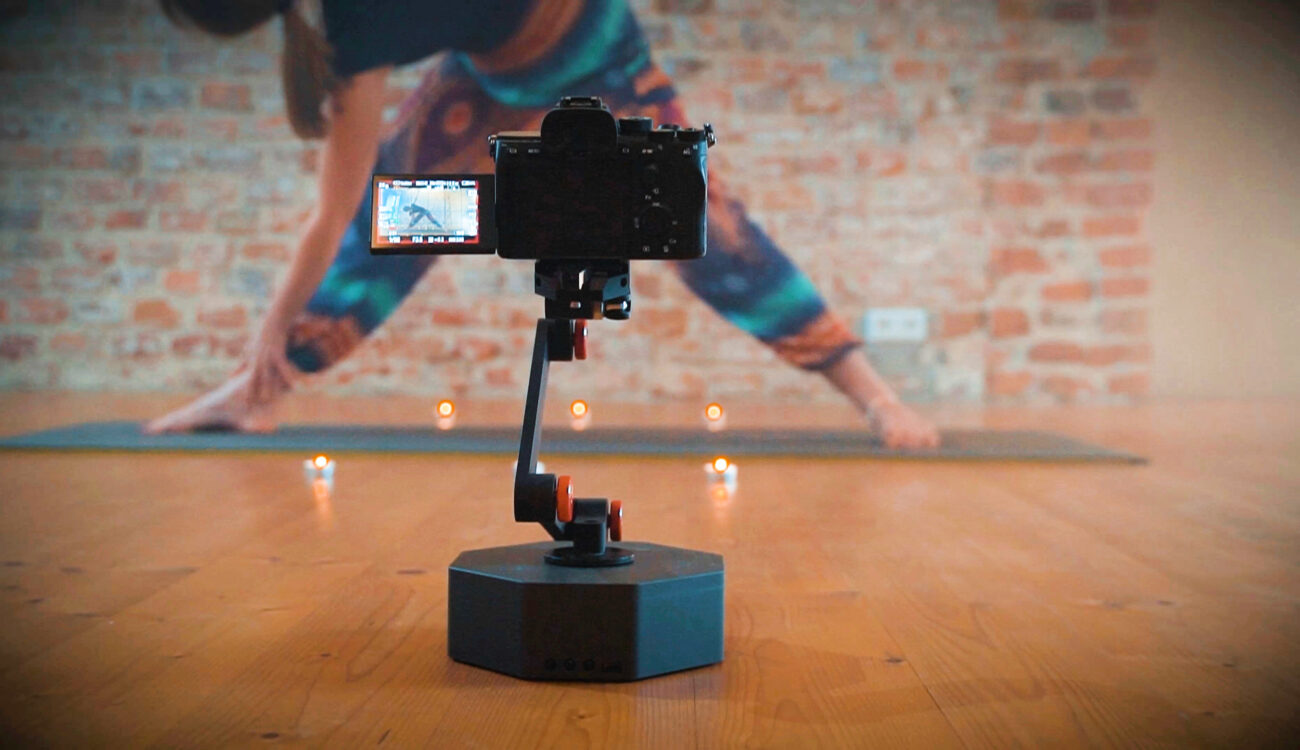 Billy and Billy Pro are new ‘follow me’ robotic dollies that are now featured on Kickstarter. The differences between the two products are the cameras used and the reach available. Billy uses your own smartphone and Billy Pro can use a DSLR or mirrorless camera on a manually adjustable hinged stand.

On the face of it, Billy is a smart idea especially if he/she can follow you with zero delays. The makers make a big deal of using AI but don’t explain where this intelligence is working. Presumably, it’s part of the object tracking algorithm. But even if Billy is being remotely moved around, it’s still a great way of introducing camera movement into your content, especially while COVID 19 is still around. The robot though is only designed for flat surfaces so bear that in mind if you’re thinking of investing.

Billy’s technical details are sparse but the main control is via an iOS and Android app running in the background with image processing for face tracking, based on a captured image from any recording or streaming application. SEE.inc, the company behind Billy is also claiming simultaneous streaming to major platforms like YouTube and TikTok. Which makes sense from a smartphone as this is now quite a straightforward way of streaming.

It looks like you can program sequences of movements or control the robot with a virtual joystick using their mobile app. To control a DSLR, SEE.inc is saying that you place your smartphone with their adapter on the camera’s hot shoe. Then the smartphone’s camera is responsible for object tracking. In future updates, the makers plan to add direct communication with selected cameras. The Sony API is a priority for them apparently.

No stabilisation apart from your camera

There doesn’t seem to be any stabilization on Billy so you would be leaning on your camera’s OIS abilities in the lens or camera body. But the units do have Bluetooth, WiFi, rechargeable batteries, and something they call ‘Cliff detection’. If Billy ever moves away from a tabletop I’ll be surprised. But it’s good to know that your robot won’t fall off a table.

Of course, this is all theory until units start shipping which SEE.inc is saying will happen this December. The Kickstarter has passed its pledge amount by 285% at the time of writing but they weren’t asking for much to start with, only around $12,000.

Billy The Robot’s Kickstarter campaign is here. You’ll find all the levels you can invest in and the packages which include a Billy basic robot with a ring light. At the moment you can get 50% off the price of both Billys – the basic being €659 and Billy Pro at €1269.

We are saying this at the end of every crowdfunding-related article: please be aware of the risks when backing a project on a crowdfunding platform. Please read the crowdfunding platform’s terms and conditions carefully and keep in mind that there can be significant delays when delivering the product. Although we try to only write about trustworthy campaigns, some crowdfunding projects even don’t get delivered at all.

Let us know if you think the Billy robotic dollies are a good idea or if they need more investment to produce a serious filmmaking tool.

Xiaomi latest to offer three years of Android updates, but there's a catch