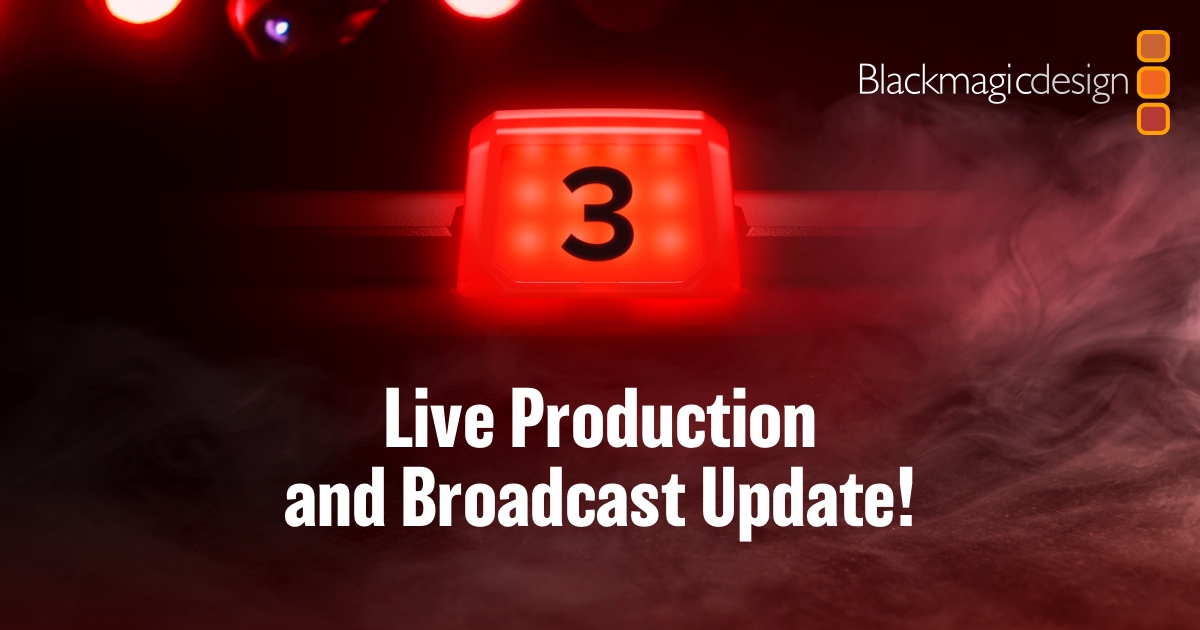 Blackmagic Design, makers of DaVinci Resolve and creators of ultra-low-budget cinema cameras as well as post-production hardware, have an upcoming announcement focusing on their live production and broadcast offerings later today.

Twitter is abuzz this morning with the Blackmagic Design announcement of a live stream to discuss live production and broadcast updates. Slated for July 29th or 30th, depending on your location, BMD is known for quick announcements that at times have ended in a mic drop: Giving us the URSA 12K and Blackmagic Pocket Cinema Camera 6K to say the least. It is unclear if this is going to be a hardware update or just software, but you won’t have to wait long.

The announcement will be streamed live on the Blackmagic Design website at these times:

Apart from their post-production and cinema offerings, Blackmagic Design made their bones in the broadcast world. Everything from live production switchers and broadcast converters to video and audio monitoring equipment.

With the little information we received from their Twitter post regarding the live stream, it would be safe to assume there may be an update to these productions. Blackmagic Design also recently released a software update to the ATEM lineup and lowered the price of the ATEM Mini Pro. This was just after the release of the ATEM Mini Extreme pictured above.

We can always wish, can’t we? Blackmagic did recently announce the Pocket Cinema Camera 6K Pro back in February 2021, as well as the URSA Mini 12K in July of 2020. This is on top of their current line which includes the Pocket 4K, the Pocket 6K (non-pro version), and the URSA Mini Pro 4.6K. BMD is still making and selling the Micro Cinema Camera that was released in 2015.

With such a robust offering, it is doubtful we’ll be getting a new camera during this announcement. But Blackmagic has never played by the rules – so we will see!

Stay tuned to CineD at the time of the announcement later today to read about all the news right here on the site.

Are you in broadcast or live production? Do you use BMD products for your work? What are you hoping to see during this next announcement?