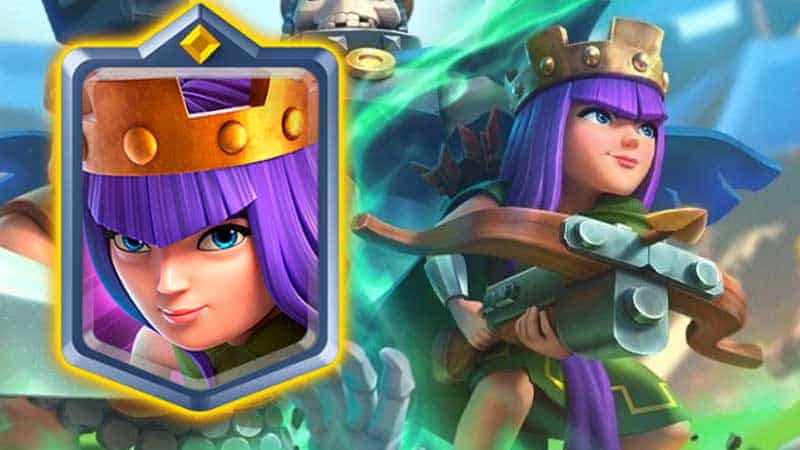 Supercell has released a pretty major update to Clash Royale by adding not only a new King Level but also introducing Champions that ups that skill ceiling once again, separating the true Clash Royale beasts from the online rookies.

The Champions that were introduced are the Skeleton King, Golden Knight, and what this article is focusing on, Archer Queen. All three of these Champions are powerful in their own right and have unique abilities that should provide you with that edge you need to beat out your opponent.

Of course, with these new Champions, you’re also going to need to build whole new decks around them to maximize your chances of winning. Below, we’ll be showcasing two of the best Archer Queen decks that we’ve found so that if you want to rock this Champion, you’ll have all the information you need at your fingertips to create the top decks around.

As previously stated, we’ll be showing you the best Archer Queen decks currently available. We’ve sourced these decks from various top players and well-known deck creators so you can trust that they’re the cream of the crop.

Youtuber Boss_CR has jumped on the Archer Queen bandwagon and created a fantastic Clash Royale deck that has been destroying anyone that has got in his way. At the time of writing, he is currently number 1 on the ladder so don’t take our word for it, the deck’s success speaks for itself.

As you can see in the image above, Boss_CR utilizes the Fisherman, Fireball, amongst other fantastic picks to really create an Archer Queen deck that bulldozes opponents

Another best Archer Queen deck that we’ve managed to find through RoyaleAPI is this one called Golem_NW Bats Clone. This looks to be a modified version of an original Golem_NW Bats deck to make it that bit better.

This Archer Queen deck is currently sitting at around 70% win percentage for those that have chosen to use it and we can only see that growing when put in the right hands!

What does a Nudge do in Clash Royale?