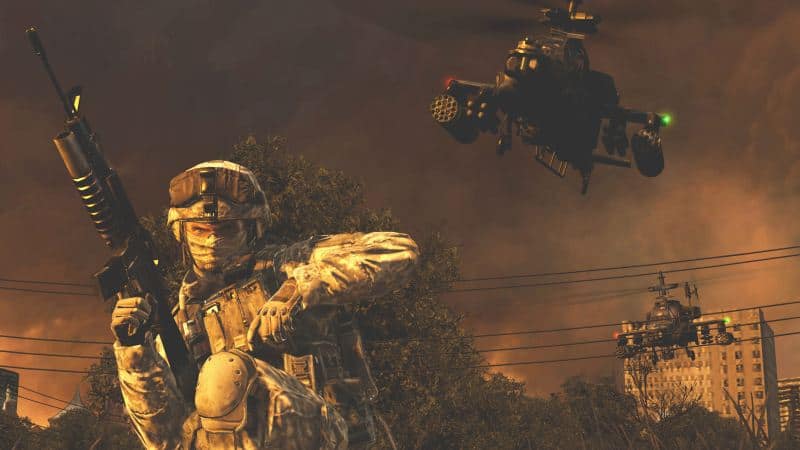 The holed bucket under the dripping tap of gaming rumor that is Tom Henderson has “confirmed” that 2022’s Call of Duty will be called Call of Duty: Modern Warfare II.

That there’ll be a new CoD next year is hardly cause for surprise after 16 years of consecutive yearly releases, but a third outing for Call of Duty’s sixth game (and second Modern Warfare) would be a little… confusing. Then again, given that near-future CoD games tend to underperform, and we’ve have Cold War and WWII episodes of late, a return to the more contemporary backdrop of the Modern Warfare sub-series makes some commercial sense.

Sometime in late October or early November 2022 seems like a safe bet for the release of CoDMWII. Every Call of Duty game since the very first in 2003 has been released in the lucrative pre-Thanksgiving period, so it would be a surprise for Activision to start retoolling its well-oiled release machine.

Yep, all of the above. The Call of Duty games are always dressed to impress, so you can be sure they will be made to shine on the current gen hardware. Whether they will be available for PS4 and Xbox One is the only mystery, which may come down to hardware availability over the next year. If there continue to be shortages for the likes of PS5, Activision may elect to continue to sell to the last-gen install base.

Given that Treyarch will be on duty, Black Ops 5 / Cold War 2 seem like the obvious options for CoD’s 2023 release. It’ll be a Blops remake though, you can be sure.

$70 off the iRobot Roomba i4+ robot vacuum with automatic dirt disposal!