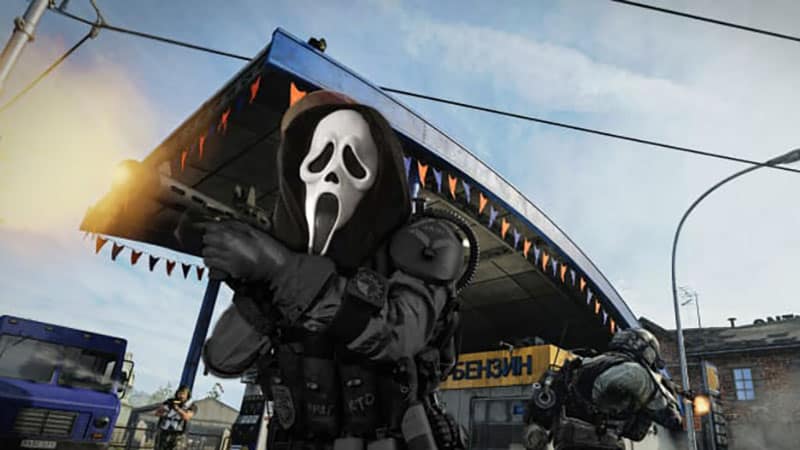 Activision has announced that the next season of the Call of Duty Warzone and Black Ops Cold War. With the most ghoulish season upon us in real life, it is that time of the year where our favourite games get Halloween crossovers. Call of Duty is no different, with this year’s themed event offering players some horror-themed cosmetics for both Warzone and Black Ops Cold War.

The New Call of Duty the Haunting trailer features FaZe Clan’s very own Swagg. He plays the isolated gamer in the house, who is unfortunately on the receiving end of Ghostface’s phone calls. The trailer then goes through some cosmetics of the new Call of Duty Scream skin, along with the Ghost of War skin that is available for purchase right now.

The trailer also showed off the Call OF Duty Ghost of War Skin. The Ghost of War skins is a new cosmetic that dropped in all of Duty Vanguard season 6, however, if you manage to preorder Vanguard, you can get access to the Ghost war Skin for Warzone and Cold War.

Has this Respawn writer confirmed Star Wars Jedi: Fallen Order 2 is in development?