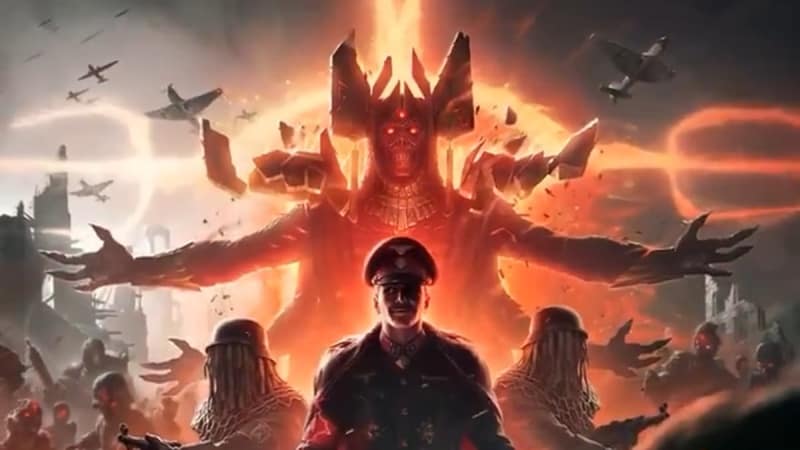 Many many players have been eagerly waiting for more information on the Call of Duty Vanguard Zombies. Treyarch have been teasing players for a while now, they’ve not told us much other than basic information. We know that the zombies storyline will continue rom the lore we’ve already seen. It will continue to develop on the core gameplay. Oh and demons! We’ve had special zombies, hellhounds, even dragons and mechs, so why not demons?

When is the trailer reveal?

The reveal will take place at 8am PT / 11am ET / 4pm BST on October 14, which is exactly when Electronic Arts plans to show off rival military shooter Battlefield 2042’s new Hazard Zone mode for the first time. It’ll be interesting to see which gets more attention and popularity!

According to publisher Activision, the Vanguard Zombies experience will be a combination of Dark Aether, zombies and demons. But as for how demons will be involved, we’ll probably see in the trailer. We doubt they’ll be normal monsters in hoards, if anything they’ll probably be more akin to a boss.

After Activision confirmed zombies would be returning, that’s when the leaks started. It started with the leak of the next and new zombies map by Call of Duty insider TheMW2Ghost. Who gave up an idea of what to expect from this map: “Imagine Outbreak, Onslaught, and Rounds had a baby.”

Considering the very unique playstyles each of those maps have, it does make us wonder how exactly this new one will be played. Outbreak added a new ‘open-world’ element to the typically closed off zombies maps. Onslaught, on the other hand, was a little controversial, considering the community reaction. However, Treyarch have updated this mode and taken on community feedback. What Onslaught brought forth to the zombies game was zombie-fighting in the multiplayer maps and a limited space of play.

Players have already seen plenty of the multiplayer experience, its about time we get to see more about the zombies experience. We’ll keep you all update on what’s new and what’s going to make this new experience different!