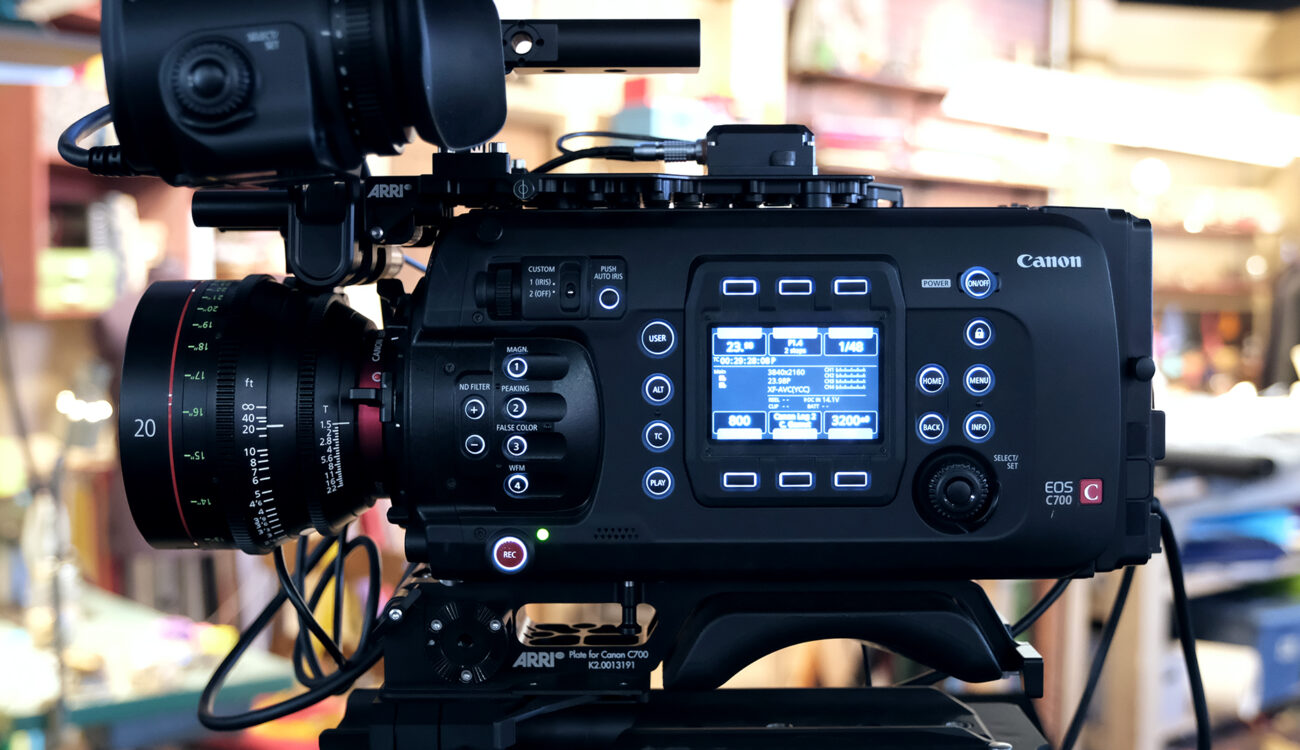 Canon has begun a limited-time program to sell select cinema cameras through a 4-year interest free contract, letting would-be filmmakers pay off a large camera purchase at a pace they can afford.

We’ve all done it: You head to B&H or a similar camera sales website and drool over a cinema camera you simply cannot afford. When I first started looking at cameras like this, Canon’s C700 Full Frame was the top of the line for auto-focus-capable full frame cameras, and it still comes in at a whopping $33,000 (CineD review). I was never remotely able to make that kind of purchase with my own money – but a guy can dream, can’t he?

Now, Canon is launching a new program that offers 48 months of 0% interest, pending a successful credit check. That gives you four years to pay off the full purchase price without paying a cent over the up-front cost.

One quick note: This is not a paid ad for Canon, just an opportunity many CineD readers located in the United States may find useful. If you decide to make a purchase through our B&H affiliate links, we get a small commission. (Read our principles here if you are unfamiliar!)

Which cameras are eligible for 4-year interest free?

There are, basically, two cameras covered under this deal: the EOS C500 Mk II, and all flavors of the EOS C700, including the Super35 version (both EF- and PL-mount), the Super35-with-global-shutter version (PL only), and the full frame version (EF or PL).

Yes, my $33,000 beloved is covered under the deal – but given how far cameras have come since the release of the C700 in 2016, the much more affordable C500 Mark II may be the smarter package, as seen here, in CineD’s own lab test. All store links can be found below:

To finance new, or to buy used? That is the question.

Let’s assume that you’re going to pay off a financed camera within 48 months, meaning that you won’t pay a cent over the regular new price – would you have been better-off scraping together enough to buy that same camera used, in one payment?

The answer, to me, comes down to how long you expect to be using the camera. High-end cinema cameras tend to have much longer shelf-lives than mirrorless cinema/video cameras, simply because they tend to have superior dynamic range. In terms of simple shooting modes, the C700 isn’t all that impressive, relative to something like the equally full frame EOS R5, but that tiny shooting platform can’t pull as much data out of its censor as the C700; ease-of-use aside, this tends to be a differentiator for truly pro content.

If you think you’ll use the camera for a decade-plus to come, then the warranty and extra overall lifetime of a new unit should be more than worth the cost. On the other hand, if you think you might be over your purchase the day you pay it off four years from now, then you may be better off with a cheaper, used version. If you’re going to sell the thing used, you’ll lose less money on the exchange if you previously bought it used, yourself.

This deal is good enough that you should at least consider long-term financing as an option. Monthly payments can be easier to handle, even given a larger overall purchase price. Just remember to pay it all off within four years, or much of the advantage of this program goes out the window.

Would you buy a camera through long-term financing, or should budget-conscious filmmakers turn to the used market, instead? Let us know in the comments below!