Samsung’s Galaxy foldables are going to be announced next week, but even before the phones become official, luxury smartphone seller Caviar has already unveiled its plans for the Galaxy Z Fold3 and Z Flip3.

The Z Flip3 will have the Catrina Calavera totaling 419 stones with vibrant colors. This skull is based on Diego Rivera’s artwork, husband of Frida Kahlo. Caviar’s Z Flip3 includes diamonds, rubies, sapphires, and emeralds, 18k white gold, and they’ll feature one of two iconic skull designs. The Z Fold3 will have a dark appearance whose fiery skull is the symbol of the Scandinavian king of fire, the giant Surt. The body is made of blackened titanium while the skull is made of polished titanium with rubies for eyes. 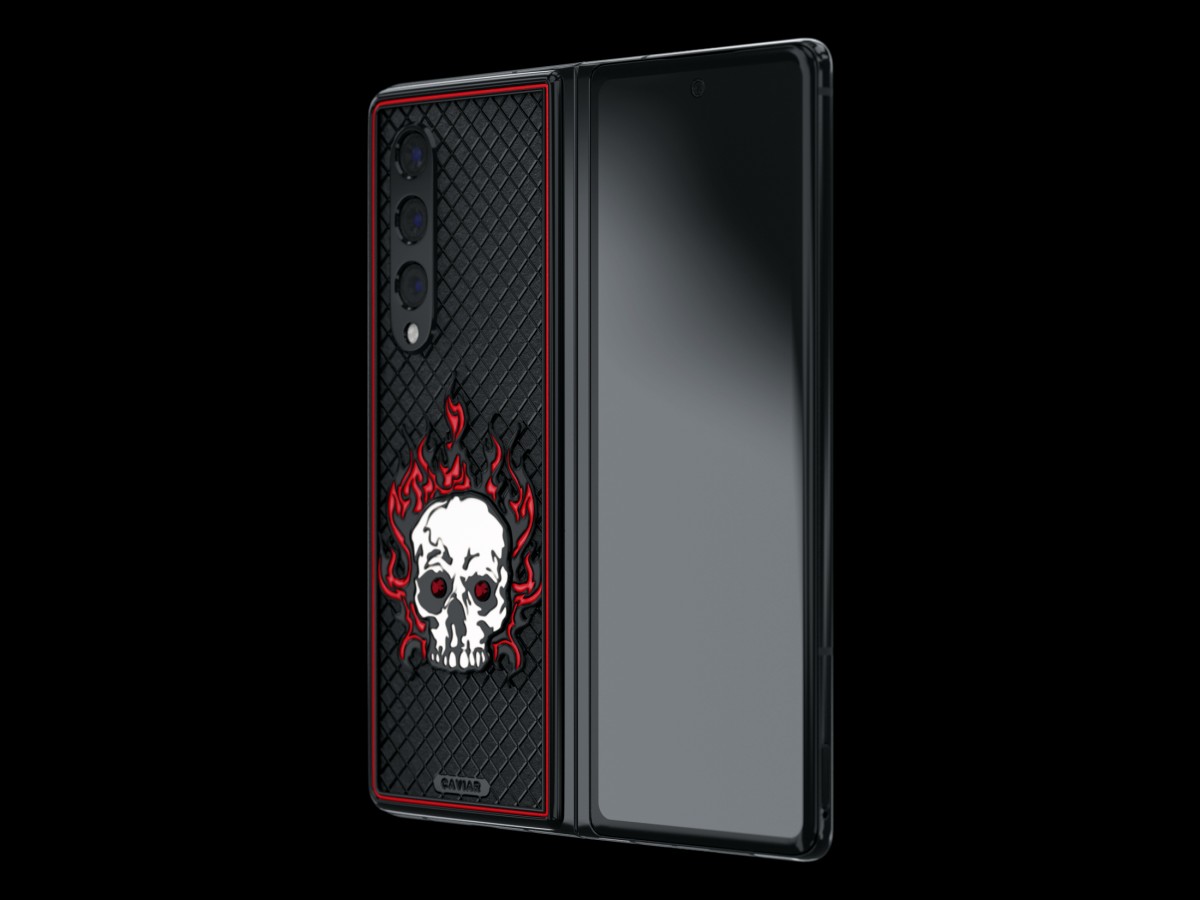 Caviar will only sell 99 units of the Ragnarok Z Fold 3 for a price of $10,770. Meanwhile, the gem-encrusted Z Flip3 will run a staggering $46,460 and only 20 units will be made. Caviar accepts major credit cards, PayPal, Apple Pay, and Bitcoin.

Samsung will be announcing its regular, non-luxury variants of the Z Flip3 and Z Fold3 next week on August 11 during its Unpacked livestream event.