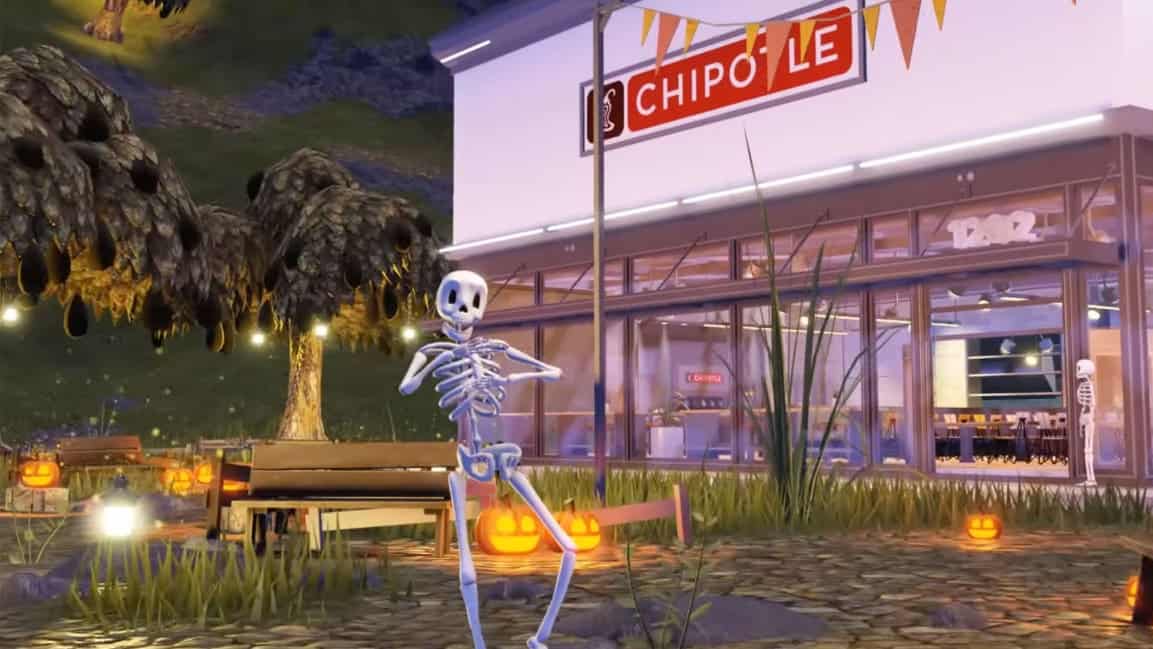 Chipotle Mexican Grill has teamed up with Roblox to give away free food (both real and virtual) with a Roblox Halloween giveaway.

The chain is offering the chance to get your hands on a free Boorito (geddit?) to players so let’s find out how to go about it.

How to get a Chipotle Boorito in Roblox

All you need to do is visit Chipotle’s locations dressed in Halloween costumes – the twist being this is in-game and all virtual so you have to do it all in Roblox obviously.

Starting from Thursday through October 31 you can also win a real-world food coupon by completing the brand’s in-game quest.

Here is the rundown on the T&Cs courtesy of the folk at Roblox:

Chipotle Mexican Grill is the first restaurant to ‘open’ a venue in Roblox metaverse. The company announced the news in a press release saying: “it will celebrate the 21st year of Boorito, a fan-favorite Halloween event, by becoming the first restaurant brand to open a virtual location on Roblox, a global platform bringing millions of people together through shared experiences. In the Chipotle Boorito Maze experience, Chipotle will make $1 million in free burritos available* and offer access to new virtual Halloween costumes and exclusive Roblox items.”

We look forward to even more of this kind of stuff by the time we get to Halloween 2022!

What do Star Levels Do In Clash Royale?