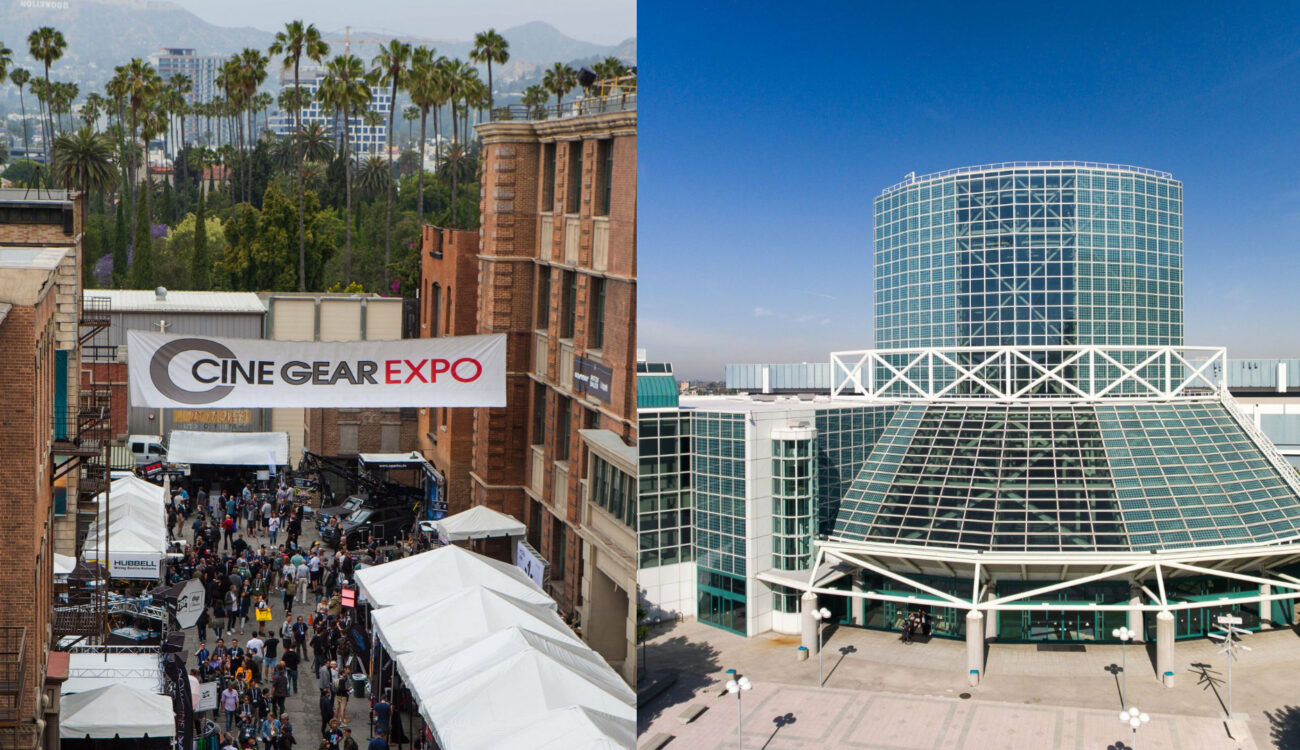 After a cancelled show last year and a pushed back one this year, Cine Gear Expo has finally landed at the LA Convention Center. The Expo will now be open for exhibits and seminars at the LACC on Friday 24 and Saturday 25 September; Thursday the 23rd will be for Film Series Competition Screenings but we’re not sure where this will be held – Cine Expo promise more details nearer the time. The Master Classes will be held on the Saturday at the LACC.

Trade show confirmations this year have been a game of musical chairs as they try not to bump in to each other, however the NAB are confirmed to be coming back to Las Vegas from October 9th, just two weeks later than the new Cine Gear Expo dates. For international travellers that might mean picking one over the other or not coming at all due to travel restrictions. (In fact, it’s still impossible for Europeans to travel to the US right now.)

The history of Cine Gear at Paramount has for a long time been laced with the chance of a movie populating the famous backlot and being in a laid-back, outdoor environment that is so contrary the interior of a convention center. This year’s move might be because of a late booking from the studio for space. But Cine Gear visitors, looking forward to the ‘open to the blue skies’ nature of the show will be disappointed.

This year we were not able to deliver the Cine Gear Expo experience at the studio in the capacity our Cine circle has come to expect.

But the LACC is tailored made for Conventions and Cine Expo are booked in to the West Hall with space for over 1000 booths. There is also spill in to the Petree Hall and Plaza and a large meeting room is also booked presumably for the sessions and Master Classes. The LACC will also offer outside exhibits in the spirit of past Expos.

You can guess that LACC, hungry for bookings, gave Cine Gear a sweetheart deal. But, an Expo without the Paramount backlot might be a deal breaker for some attendees. The questions is ‘how much do you need some networking after what will be nearly two years without any?’. Plus, it will be interesting how many international companies will attend with the travel restrictions in place.

The full schedule for this year’s Cine Gear Expo is at www.cinegearexpo.com/la-expo/schedule/

A note from CineD management about trade show coverage in 2021

The CineD team will do its best to attend all the important industry trade shows as we did over the past 12+ years of the site’s existence. However, due to the current situation with travel restrictions and many uncertainties about which and how many exhibitors will actually take part in which exhibition, it’s impossible to say yet if we will attend all three of the upcoming shows or less than that. In any case, CineD will remain your best source for industry news and reviews as we are working very hard at growing the team and our operations as a whole. Stay tuned for many new features and announcements on the site over the next few months.

Let us know in the comment below if you’re going to the Cine Gear Expo, NAB or IBC. And do you think that trade shows have a future?

Horizon Forbidden West is yet another big game delay – report