In true Ozzy style, PlayStation’s Australian store has accidentally released details regarding the pre-order of Bungie’s hugely anticipated Destiny 2: The Witch Queen expansion. The game is set to have an official unveiling in today’s pre-launch Gamescom stream, announcing release dates and potential pricing for the latest chapter in the Destiny 2 saga.

However, PlayStation Australia jumped the gun and posted important details of the game’s expansion before its official unveiling. PlayStation quickly removed the post but, like most things, it was already too late.

In this article, we’ll be looking at the leaked information surrounding the new Destiny 2: The Witch Queen expansion. Here’s everything you need to know!

Discover what lies ahead.

According to the leak, the Destiny 2: The Witch Queen expansion will launch on February 22, 2022.

Whilst this hasn’t been officially announced, the leak seems pretty rock solid – coming from a Playstation storefront and not some random Australian on a Sunday bender.

A Destiny 2: The Witch Queen pre-order page went live on Australia’s PlayStation storefront earlier today, quickly being removed after the internet started to break. The pre-order page revealed a tonne of information regarding the game’s locations and several story spoilers – so discontinue reading if you want to wait for the official reveal.

According to the leak, The Witch Queen expansion looks set to take players deep into the heart of Savathûn’s Throne World to try and solve the mystery of how she stole the light.

The leak goes on to say that, players will learn the “secrets to crafting new weapons, the new glaive and survive the truth with her web of lies.”

As you’d expect, the latest expansion for Destiny 2 will come with a new location and new gameplay features – some of which were leaked in the recent pre-order page slip. Players will be able to enjoy Savathûn’s Throne World in the new expansion – releasing at the same time as the DLC. The world will feature a delicate balance of power between the Queen’s palace and the swamp surrounding it.

A new short trailer for the expansion is driving even more anticipation, showcasing the Queen over what can only be displayed as a flooded wasteland.

A new weapon crafting system will be deployed into the latest expansion, allowing players to create custom weaponry with cool mods, shaders, and stat combinations. In the past, Destiny 2 has allowed players to craft weapons through various modes like Menagerie. That being said, the functionality of this feature was fairly limited, with players only being able to increase the chances of rolling certain weapons and perk types. However, that will all change thanks to the arrival of an exciting new weapon crafting system.

As the official unveiling of Destiny 2: The Witch Queen grows closer, so do the tasty pre-order bonuses that often come hand-in-hand with today’s best titles.

Players who are pre-ordering the latest Destiny 2 expansion will receive instant access to the Throne World Exotic Ghost Shell, the Enigma Exotic emote, and a brand new emblem. 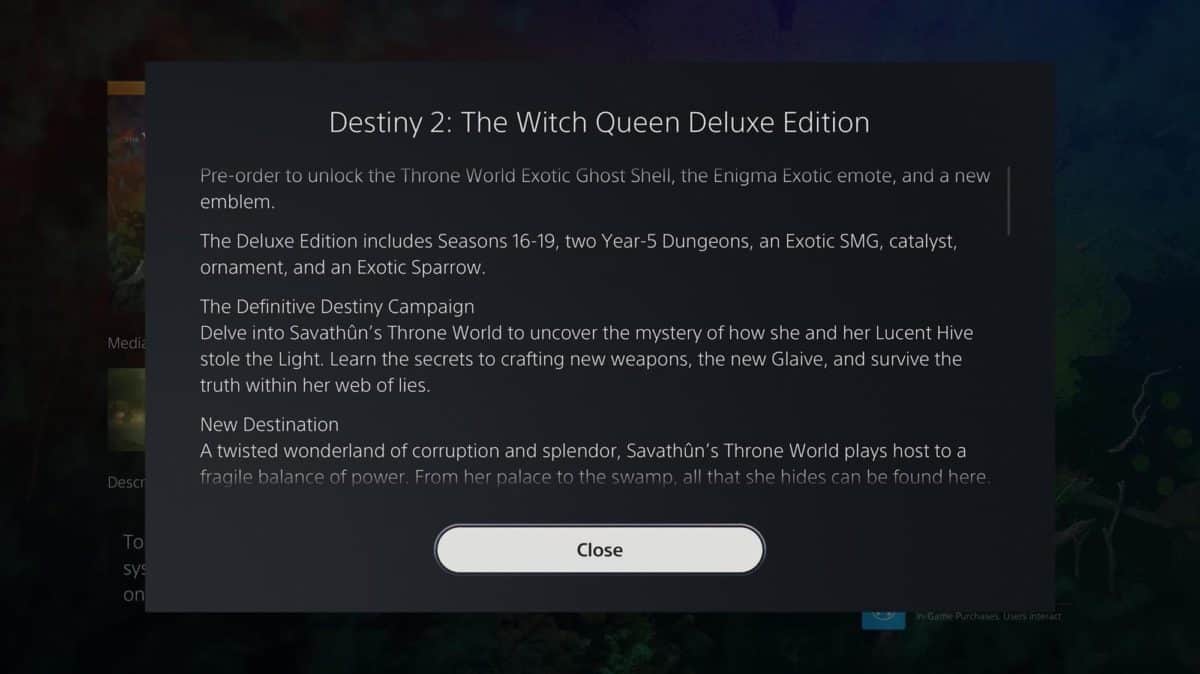 The leak clearly showcased the pricing for the latest game expansion, with retail prices for Australia set at $119 for the Witch Queen Deluxe Edition.

Below is the leaked image taken from the Australian PlayStation Storefront: 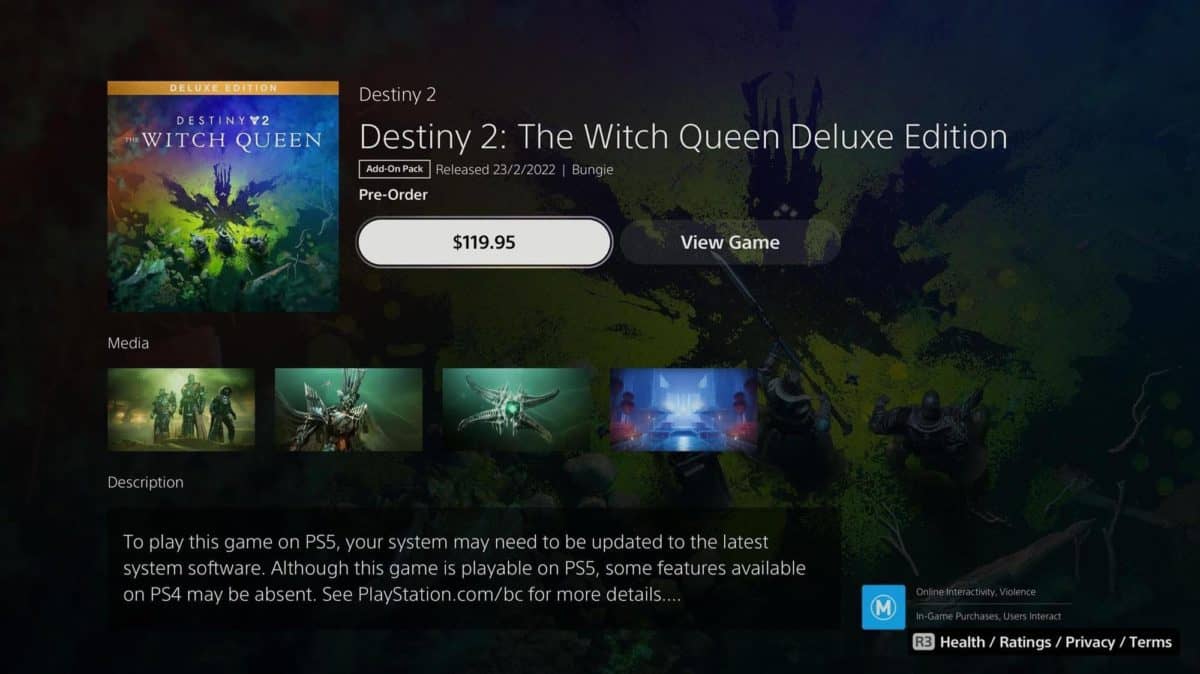 Is September 14 the day we finally get the official Canon EOS R3 announcement? | Canon Rumors