Home » Blog » Did Oppo and Kodak launch a new smart phone or is it just a dressed up Find X3 Pro?
Camera

Did Oppo and Kodak launch a new smart phone or is it just a dressed up Find X3 Pro? 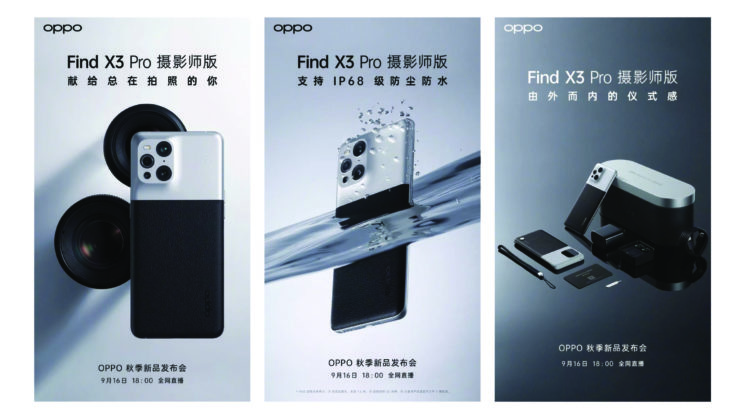 Rumours of a collaboration between Oppo and Kodak on a smart phone have been batted around for a while now. It’s not exactly a new concept, with many phone manufacturers teaming up with big camera names: Huawei and Leica, OnePlus and Hasselblad, Vivo and Zeiss to name but a few. Now it looks as though Oppo and Kodak have finally joined the camera-phone club, but is it exactly a new product or is it a rehash of an existing one?

Oppos posted images of a special edition Find X3 Pro, labelled the ‘Photographer Edition’. It appears to be playing around with a sexy silver and black leather design that harks back to Kodak SLRs of the 1960’s and 70’s, according to Weibo tipster Digital Chat Station. However, it is in all sense and purposes identical to the standard Find X3 Pro which includes 50MP main camera, 50MP ultra-wide camera, a 3MP microscope lens, and a 13MP 2X telephoto camera.

The product will be launched in China later this week, so whether it is all fur coat and no knickers remains to be seen.

Editor’s Note: It’s worth pointing out that Kodak may not be directly involved with the development of this smartphone or the cameras contained within. Since Kodak’s bankruptcy, their brand has been licensed to many other companies around the world, and the Kodak website does list “mobile phones” as a type of licensed product. I guess we’ll find out soon enough.