A vivo smartphone with a V2130A model number is about to be announced. We thought it might be the vivo X70 when it was certified with 44W fast charging, but now it has appeared on Google Play Console with Dimensity 900, suggesting it might be part of the V21 lineup. 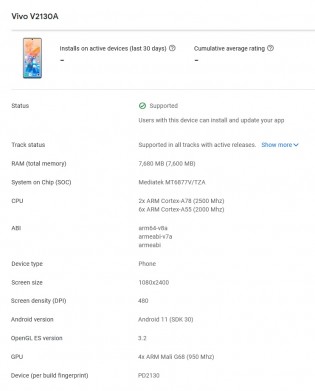 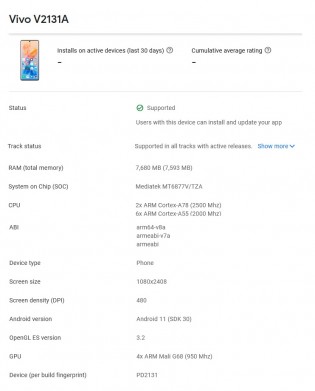 The V2130A and V2131A both have the Mediatek chipset, coupled with 8 GB RAM. Other specs include a Full HD+ resolution, Android 11 out of the box and a punch-hole screen if the images are correct.

The Dimensity 900 is a true midrange chipset, while the Snapdragon 870, powering the vivo X60, is better equipped for upper midrangers, so we’re confident vivo is not going to downgrade the performance of the vanilla smartphone in its flagship series.

There’s also a chance we’re looking at an iQOO phone, but we’ll know more details at the phone’s launch which appears to be right around the corner.