Suddenly, Google has shared photos and details about the Pixel 6 and Pixel 6 Pro. The company itself confirmed that the new devices will look exactly as they were shown in early renders from insiders and will receive a proprietary Tensor chip. The company did not announce other details, saving them until the autumn release.

There is still a lot of time before the announcement, but now you can get a piece of Pixel 6 on your smartphone. Thanks to the publication of XDA Developers, wallpapers for Pixel 6 have been leaked to the network. The collection itself contains 12 pictures, each of them with a resolution of 3120×1440 pixels. It is noteworthy that the wallpaper is created in such a way as to hide the hole for the front camera, located in the center of the upper part of the display. Consider this fact, because there are those who will not like the black dot on the display that is corny to the eye. 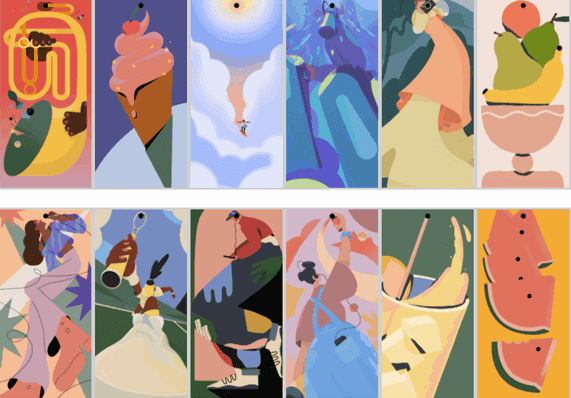 We know that the Google Pixel 6 itself will receive a 6.4-inch display with FullHD + resolution; and a refresh rate of 90 Hz. For the bigger model Pixel 6 Pro, a 6.7-inch 120-Hz screen was prepared and its resolution is QuadHD +. The main camera in the “proshka” will be triple and one of the sensors should be a telephoto lens with 4x optical zoom. The base Pixel will receive two sensors, where one is the main one and is ultra-wide.

Google surprised us with the announcement of the Pixel 6 and Pixel 6 Pro. The company is probably aware of the leaks that happened. It understands that a lot has already become known to a wide audience; and decided that there is little point in keeping secret what has long been known. Therefore, it showed the design of the Pixel 6 and Pixel 6 Pro; and also confirmed that the new items will receive a unique Tensor chip.

But still, many details regarding the technical characteristics of smartphones remained behind the scenes, the company reserves them until the announcement. The Google Pixel 6 and Pixel 6 Pro will almost certainly not disappear from insiders’ radar; and they will continue to leak details about them. For example, AndroidPolice has already found out in which countries smartphones will be available. The list of those where the Pixel 6 and Pixel 6 Pro will be available include the United States, Canada, United Kingdom, Germany, France, Taiwan, Japan and Australia.

Origin Points, What Can You Do With Them?