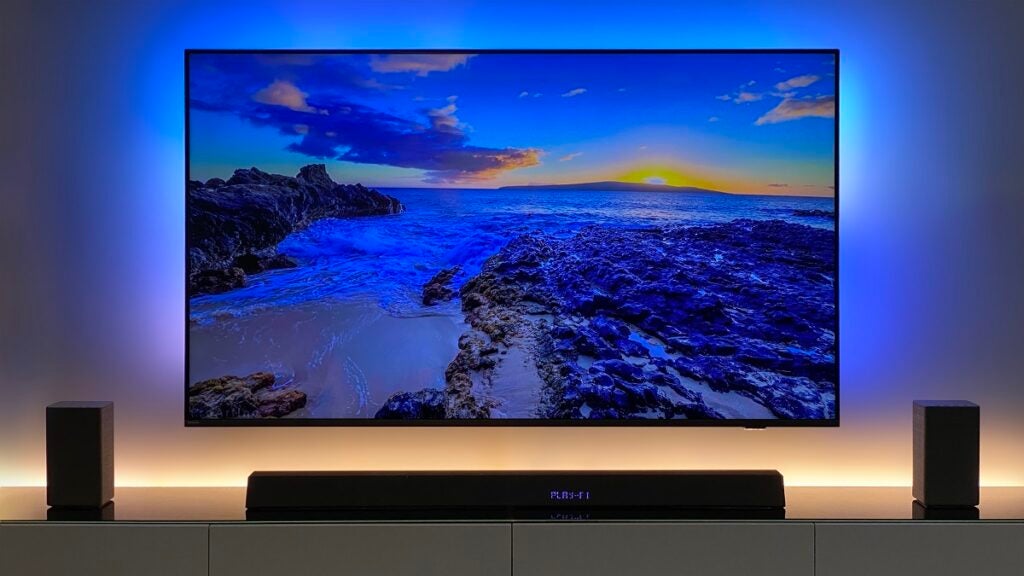 DTS has announced a new feature for its Play-Fi wireless system in the form of Play-Fi Home Theater, allowing TVs to seamlessly integrate into wireless surround sound systems.

You may think this is something that’s already happening and it is, but not to the extent that DTS are taking it to. With TVs becoming ever slimmer, the issue of good sound quality has always been problematic. That, and the lack of space in most rooms for a true home cinema set-up, as well as the hassle of dealing with wires (and dreaded HDMI handshake issues) has led to DTS coming up with this solution.

The Play-Fi Home Theater offers a number of configurations to wirelessly upgrade a TV’s audio performance, with users able to use the TV’s built-in speakers as part of the surround system or rely instead on a Play-Fi enabled speakers to beef up the audio performance.

You can add a range of speakers, from front speakers, to soundbars and surround speakers for a wider, more spacious performance. You can also add up to two Play-Fi enabled subwoofers for beefier bass output, as well as utilise Play-Fi’s existing multi-room functionality to group various wireless products together and play audio across them.

DTS Play-Fi can automatically adapt to the number of speakers connected to a compatible TV, which gives users a modular way of adding new speakers over time and changing your set-up depending on your circumstances

Televisions that feature DTS Play-Fi Home Theater will be hitting the market in the third quarter of 2021, and we’d expect Philips to be one of those manufacturers given they are big proponents of the DTS Play-Fi ecosystem.

There’s a wide range of brands who support DTS Play-Fi, a list that includes Klipsch, Sonus Faber, Audiolab, Arcam, McIntosh, Pioneer, Polk, Hewlett Packard among others, ensuring there’s hundreds of products to choose from whether it’s a soundbar, surround speaker, AV receiver or even a set-top box.

For One Week Only, Get $100 off The Best Tamron Zoom Lenses