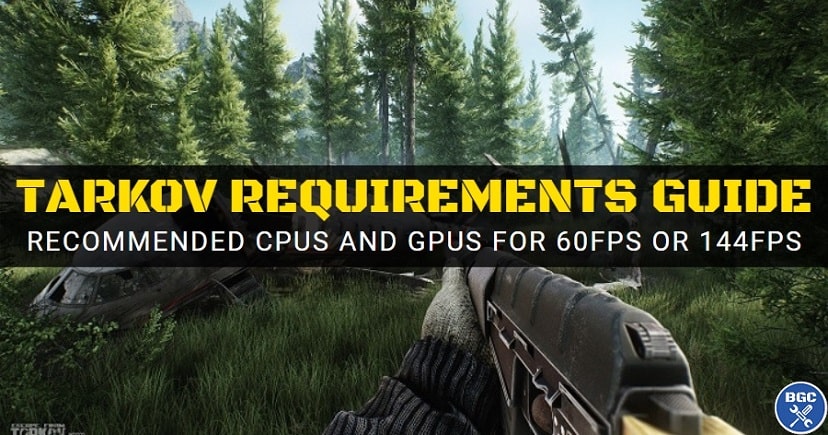 Escape from Tarkov (EFT for short) is still in Beta yet already a proven success with a large, passionate player base. It’s one of those games that inspires many to upgrade their systems – or to build an entire new one for – so if you’re currently planning to do exactly that and want to know which parts will get you what performance, in this guide I share my GPU and CPU recommendations after having analyzed as many different performance benchmarks I could find out there (sources linked at the end of the article). For complete PC build examples that are ready to assemble, see the main best PC builds section in conjunction with this guide, or the best prebuilt PCs if you don’t fancy putting your own rig together (or don’t want to play the waiting game with GPUs seeing as it’s still tough finding GPUs in stock). 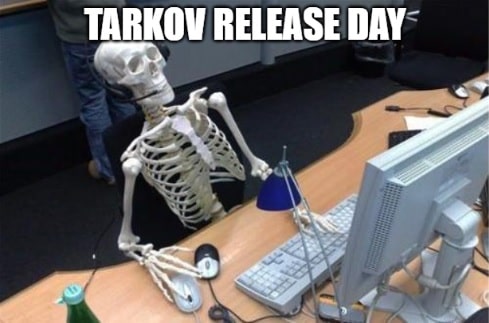 How Demanding is Escape from Tarkov? (Overview)

Compared to most modern games, EFT is demanding on hardware, and the fact it’s still in Beta phase doesn’t help as that means performance optimization is still a work in progress (AFAIK). In other words, weaker and/or older hardware can have a hard time reaching and maintaining a good frame rate, and it’s not uncommon to suffer low FPS or even frame stutters. You’ll need decent specs to reach a consistent 60FPS, and make that very strong specs if you’re an enthusiast wanting 144FPS or thereabouts. Reaching such high frame rates is very taxing on the CPU in this game. That said, it doesn’t mean you need a beast of a high-end rig to run the game decently and have a great experience, especially if 40-60FPS is your target like most people.

See Also: How to Choose a GPU (FAQ)

Besides the GPU, CPU, and RAM, when building or upgrading your PC for Tarkov don’t forget your storage drive. Having the game installed on an SSD instead of an older HDD makes a huge difference to load times. Since SSDs have now become the norm these days and are very affordable, there’s no reason NOT to use an SSD, even if it’s a small one like a 250GB SSD because Escape from Tarkov’s current download size at the time of writing is only 12GB. A 250GB SSD gives you plenty of space for not just installing Windows but for EFT and other games/programs. Enough small talk and let’s dive into specific CPU and GPU requirements based on your resolution and refresh rate.

Note: Recommending specific hardware for Escape from Tarkov is not easy due to its poor performance optimization at this time and erratic nature (eg different maps offer quite drastically different performance). The recommendations I make below are simply the best I could do based on all the data (benchmarks) I could find out there online, but are simply estimates and there are many factors that could change the frame rate you get (besides EFT’s erratic behaviour) such as your particular system’s CPU and RAM combination, CPU clock speed and cooling, GPU clock speed and cooling, game version, map, whether playing offline or online (former is more demanding due to AI), and so on. 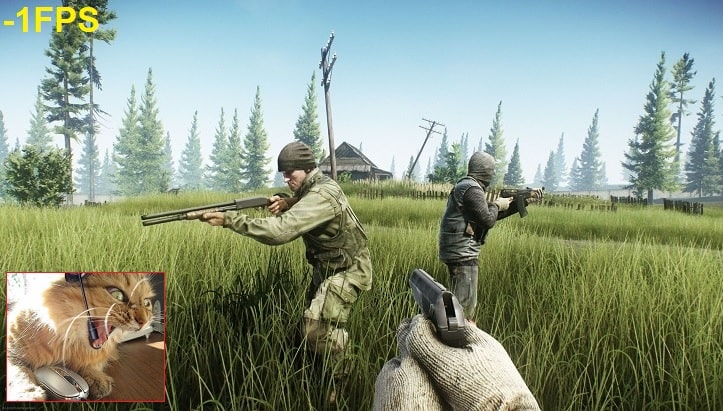 Since EFT is a demanding game, even the simple aim of 60FPS at 1080p resolution is going to require a decent mid-range GPU, and a respectable CPU since the game does rely heavily on processing power. That said, nothing too crazy is needed for a great 60FPS-ish experience on a humble 1080p 60Hz display, with a GTX 1660 Super getting the job done on around medium settings. But if you want to crank those graphics settings to the max, I recommend something along the lines of a RTX 3060 or older equivalent such as a RTX 2060 Super or RTX 2070. For AMD lovers a 5700 XT will easily suffice here. If you just want 60FPS on low settings, from benchmarks I’ve seen it seems a GTX 1650 Super will get you by.

In terms of choosing the right CPU, while EFT is quite CPU intensive relative to most other games and will benefit from picking the strongest CPU you can get your hands on, to reach a consistent 60FPS you can get away with a budget modern processor like a Ryzen 3 3100 or Core i3 equivalent. Something better like a Ryzen 5 or Core i5 would be ideal to avoid stutters or performance issues though. For RAM, you really want 16GB if at all possible, but if you’re on a tight budget and can’t afford more than 8GB, it’s not going to get in the way of achieving 60FPS (though will limit multitasking performance so make sure to close other programs when gaming). 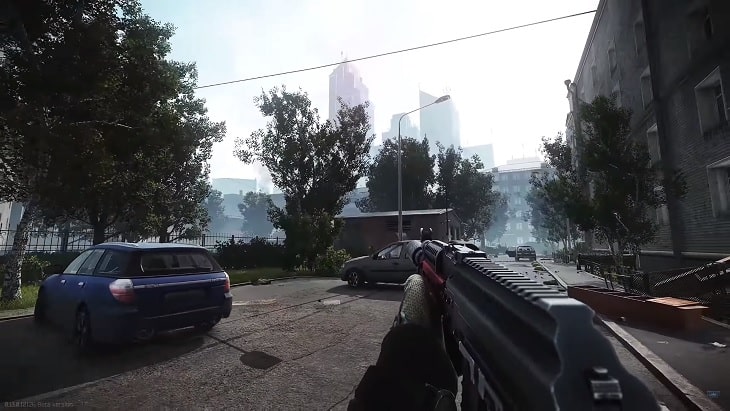 In Russia, if you’re caught playing Fortnite you’re discretely taken away and disposed of by authorities

For 144Hz monitors – the ideal display for First-Person Shooters – you will need fairly strong hardware to reach 144FPS, especially if you want to do so consistently and across all maps and situations. EFT is quite CPU intensive and also not as optimized as other games, making 144FPS a tough ask. For the best 1080p 144Hz experience, a leading gaming CPU like the AMD Ryzen 7 5800X or modern Intel Core i9 like a 10900K, 10850K, or the latest 11900K is ideal, but you don’t need a top-tier CPU for a good experience. 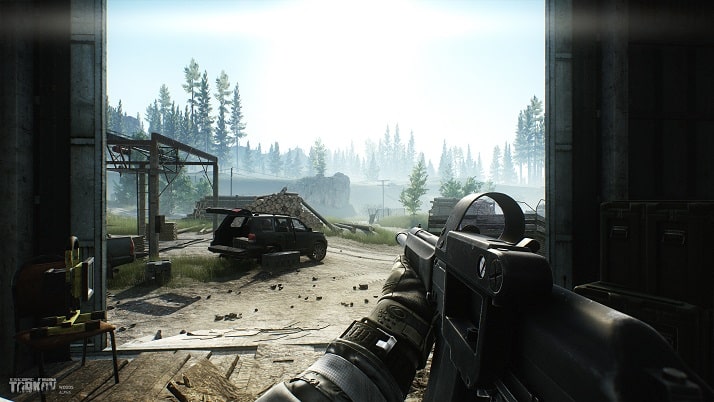 In Mother Russia… forest kills you

As you can imagine, since EFT is such a demanding game, for excellent performance at this higher resolution you’re going to need very solid specs. Especially so for 1440p 144Hz monitors which are all the rage these days, where you not only need a very good GPU but a top-tier CPU – reaching such high frame rates in a CPU intensive game like EFT is no easy task.

But first let’s go over what you’ll need to hit a smooth 60FPS for standard 1440p 60Hz screens. Since reaching 60FPS is far easier on the CPU than reaching 144FPS, you don’t need a crazy CPU for 1440p 60FPS, and even the same minimum recommended CPUs for 1080p 60FPS from earlier would do (Ryzen 3 or Core i3) when paired with a suitable graphics card.

But when getting a solid mid-range GPU like a RTX 3060, you want to pair it with a more capable processor like a Ryzen 5 or i5 to remove any potential for CPU bottlenecking (ie holding your GPU back). Plus, even for 60FPS gaming, having a better CPU in a CPU-intensive game like Tarkov is going to help keep frame stutters at bay and elevate those minimum FPS numbers, resulting in smoother overall gameplay. 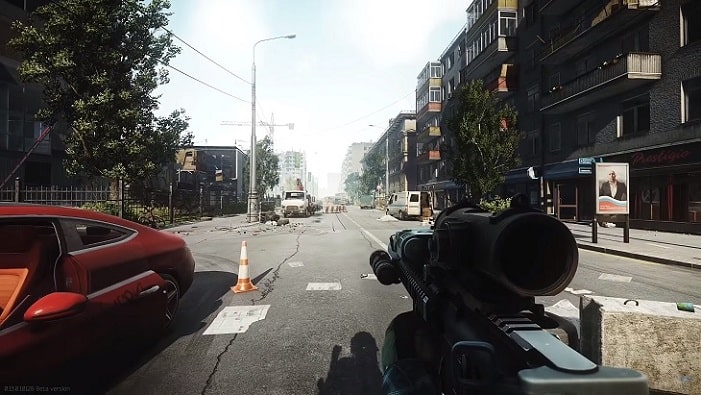 In Mother Russia, FPS genre belong to us

Just keep in mind that personally, and most FPS players will agree, if you haven’t chosen a gaming monitor for your setup yet, for a game like EFT you’re better off with a 1080p 144Hz display if your choice is between one of those or a 1440p yet 60/75Hz screen. For most people, having a faster refresh rate of 144Hz is objectively more important in shooters compared to having more pixels on screen (ie higher resolution).

Some will disagree and prefer the crispier image quality over image speed, especially if you’re a casual gamer who prefers the highest quality graphics over performing at your best. Nothing wrong with 60Hz for EFT, as 60FPS is still super smooth. Anyway, moving on, and for 1440p 144Hz monitors, it’s going to take serious CPU and GPU firepower to hit 144FPS, even if you sacrifice settings.

Now to 4K resolution, where unsurprisingly EFT’s requirements become beefier than GabeN’s well-deserving wallet. Again, like I mentioned about 1080p 144Hz monitors being better for a game like EFT compared to the higher resolution but slower refresh rate of 1440p 60Hz screens, instead of 4K 60Hz you should really consider 1440p 144Hz instead if you’ll mostly be playing EFT and/or other shooters since the faster refresh rate is more beneficial to FPS titles. That said, nobody can deny that gaming in 4K looks stunning, so if you can afford not only a nice 4K monitor but the required GPU horsepower to push so many pixels, let’s get into the specs you’ll need if you want to reach a consistent 60FPS on ultra settings.

Either a NVidia GeForce RTX 3080 or AMD Radeon RX 6800 XT graphics card will get the job done, though the former will perform slightly better as NVidia edges out AMD GPUs in this title based on the benchmarks I’ve seen (especially at 4K; the difference is less so at 1440p). A RTX 3070 will get decent frame rates at 4K too, though you won’t be clearing 60FPS unless you turn down those settings. So, you don’t need a RTX 3080 for 4K, but it’s the ideal besides getting a RTX 3090 of course which would be the ultimate choice (albeit far less “bang for buck” due to its insane price tag).

As for those with a cutting edge 4K 144hz monitor, it’s obviously all about bringing the most powerful GPU to the party that you can afford. The minimum cards I can suggest for a very good 4K 144Hz experience in Tarkov would be a RX 6800 XT or RTX 3080, but the current king of gaming GPUs, the RTX 3090, is the best choice in an ideal world if you want the absolute highest, most consistent frame rates possible at 4K.

Fixing or Improving Bad Performance in Escape from Tarkov

Other than making sure to have good enough specs for the specific resolution and settings you’re using, and also making sure to install the game on an SSD as also mentioned earlier, here are some other things to keep in mind in order to maximize your frame rate in EFT:

These are just some of the Escape from Tarkov performance benchmarks used in order to make the hardware recommendations for this guide, but with a little digging around YouTube you can quite easily find a ton more for specific hardware combinations.

Jameson, Ginger and Lime | Barefeet in the Kitchen