Home » Blog » Eve Online Protest – what’s going on and why are players so angry?
Computer

Eve Online Protest – what’s going on and why are players so angry? 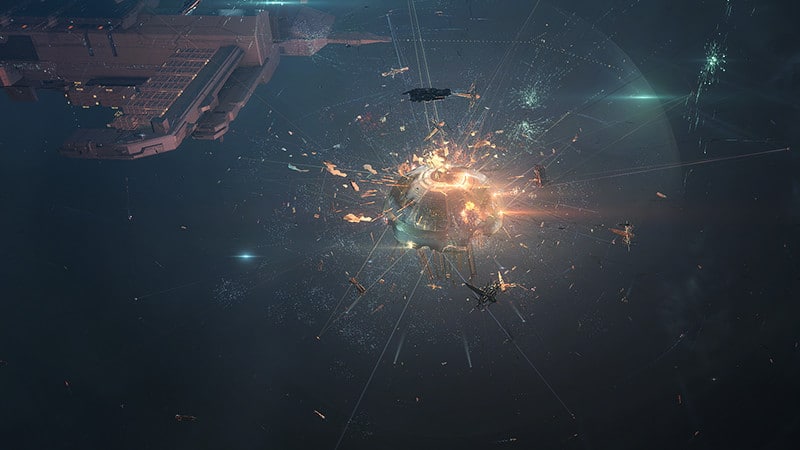 Eve Online is fascinating in that it is probably as close to a, wash ours mouths out for saying it, metaverse as we have got right now. A persistent universe packed full of players all making their way through an alternate life. It sounds amazing to anybody we talk to about it.

The issue is, the barrier to entry both in time and ability is pretty high to involve yourself in the deep political intrigue that constantly seems to surround the Eve Online Universe.

Once you are invested in it though there is no turning back and this week has seen a series of online protests by the player base at the way they perceive the game to be progressing.

Started by the contents of the devblog which you can read in this link there was a backlash against the introduction of NFTs (non-fungible tokens) to the Alliance Tournament.

Concerns among the players that this introduction, when backed up with an Earnings Call to investors earlier this month indicated a potential shift towards a Play-To-Earn scenario where NFTs would become commonplace.

Over 6000 players gathered at the 4-4 station in Jita but there were reports of many more being unable to log into servers to join the virtual picket line with players opening fire on a monument that can be found there.

Calls have been made for the game’s Head of Product, Rattati to step down and as ever the internet was amusing in its response as you can see from this post on Reddit.

One of the key issues aside from the NFTs seems to be the fact that devs CCPs have reduced some of the profit that solo and small group miners can make from mining moons. This has upset the players who simply don’t want to be a small part of a gigantic alliance in order to make their way in the game.

The stories that make the headlines are all about the huge corporations that have grown up in the game and it seems as though that might be where the devs have tried to inadvertently lean towards.

We doubt this is the end of the story – it never is with this game,  so will be updating as things in Eve Online progress.

The post Eve Online Protest – what’s going on and why are players so angry? appeared first on WePC | Let's build your dream gaming PC.