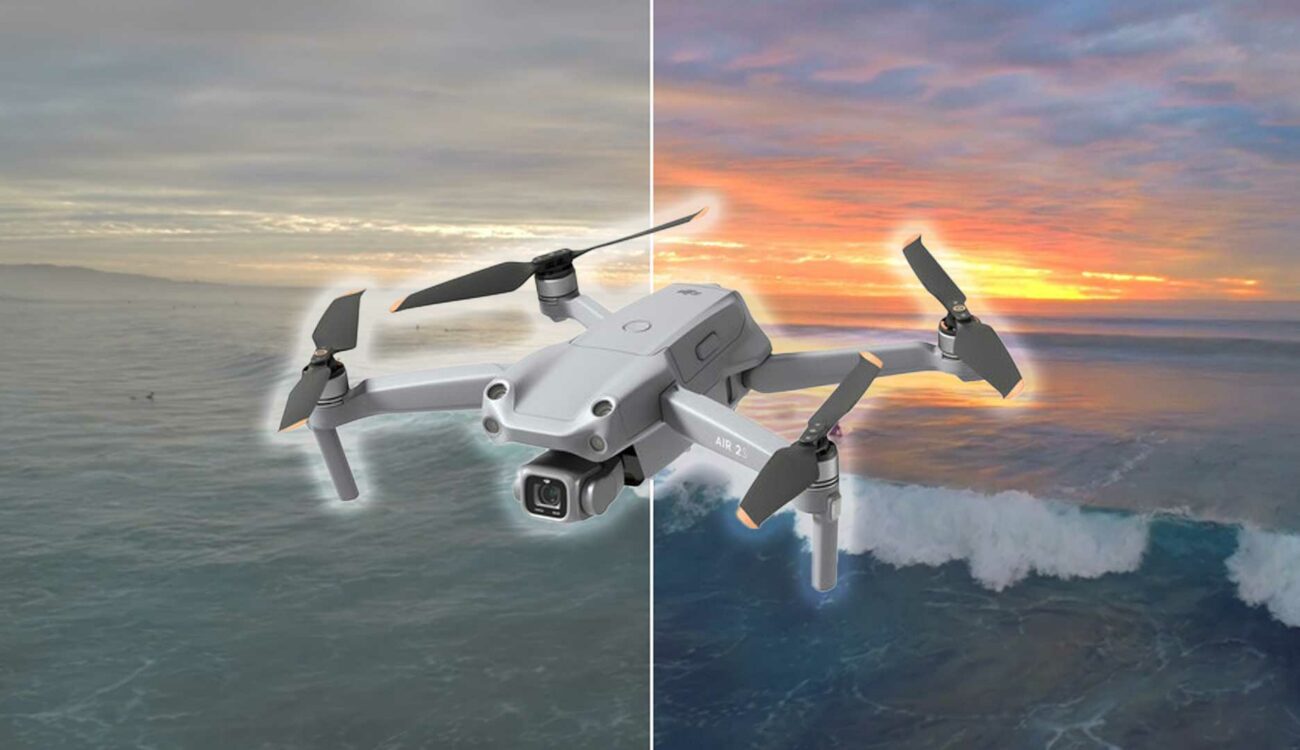 Color grading footage from your DJI Air 2S Drone is now even easier with the release of the FilmConvert DJI Air 2S Camera Pack.

FilmConvert is a video plugin for Adobe Premiere Pro / After Effects, DaVinci Resolve, and Final Cut Pro X that adds a cinematic look to your raw camera footage with just a few clicks. Users can quickly match film stocks, adjust color palettes, and add grain thanks to the dedicated packs that FilmConvert creates specifically for their camera.

Their latest packs include cameras from 17 camera manufacturers:

The DJI Air 2S is now the 12 camera from DJI that FilmConvert officially supports. And with the popularity of the DJI Air 2S, that is a very welcomed addition.

Up until recently, the footage from entry-level drones was never anything to write home about.  You just could do much with it in post, and filmmakers dealt with compression and color issues as best they could.

With an entry price point of just $999 (link), the DJI Air 2S makes filming quality footage accessible to more people. Its 1-inch image sensor is not only capable of filming 5.4K 30fps & 4K 60fps, it can also capture 10-bit DLog material which is also makes it fantastic for professional color grading.

Check out our review of the DJI Air 2S (link).

In addition to making the FilmConvert DJI Air 2S Camera Pack, FilmConvert also supports the 2S inside ColorMatch. CineMatch is a fantastic plugin that (as the name suggests) matches the color profiles of different cameras so your footage cuts together seamlessly.

Professional colorist rely on expensive tools and years of training to match and stylize footage, but not every project has the budget to allow for that level of artistic dedication.  Being able to quickly dial in looks, match and seamlessly cut between cameras seemed like a fairytale just a few years ago.

FilmConvert currently retails for $139 (link), and CineMatch is listed for $159 (link). They also offer academic discounts, volume licensing, and bundles. You can even get a 10% discount on purchases from FilmConvert using this link.

Are you a FilmConvert user? Let us know your thoughts about the plugin in the comments below.