Home » Blog » Flashback: the Samsung and LG phones that learned to flex so that future models can fold
Mobile

Flashback: the Samsung and LG phones that learned to flex so that future models can fold


The silicon that chips are etched into is rigid and so is the glass substrate for a display – so how can you fold a phone without breaking it? To answer that we have to start at the beginning, which in our case is late 2013.

The Samsung Galaxy Round launched on October 10 in South Korea (exclusively on SK Telecom) and became the first commercially-available smartphone with a flexible AMOLED display. The whole phone was curved (side to side), which made a ton of sense if you think about it. Your thumb moves in an arc and when you put the phone in your pocket, a curved device will conform better to your leg than a flat slate will.

While this design was a boon for ergonomics, its price and limited availability prevented it from becoming popular. But its true mission was different, anyway, it announced the arrival of flexible AMOLED displays. 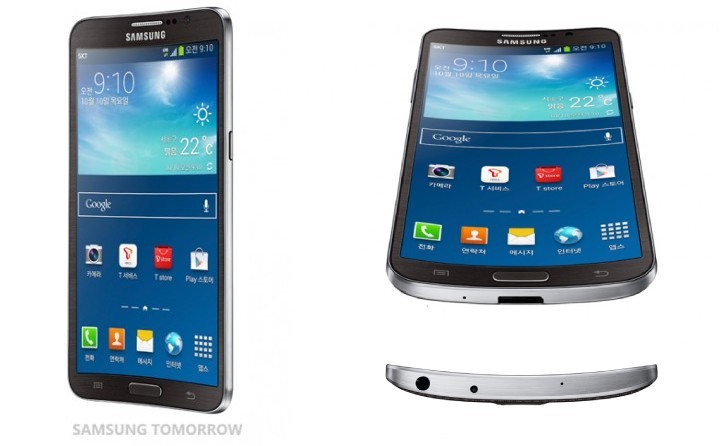 The Samsung Galaxy Round was curved (but not flexible)

It wasn’t until a year later when flexible displays really became available to the masses with the Galaxy Note Edge. Initially, Samsung created this as a prototype – a showcase of what Samsung Display can build – but after an overwhelmingly positive response the company turned it into a real product. A product that spawned a short-lived dynasty.

From the Galaxy S6 edge (early 2015) to the S7 edge (the following year) “edge” became the label for Samsung’s premium flagship, easily recognizable by its curved sides. From the S8 onward most S-series phones had curved screens, so the “edge” moniker was dropped.

All these devices have something in common – their AMOLED displays are built on a plastic substrate instead of the usual glass. That’s what allowed them to conform to the odd shapes of the Galaxy Round and Note Edge. However, these panels were really designed to be flexed once at the factory and never again.

A much more ambitious device would become the first true flexible phone – the aptly-named LG G Flex, which launched only a couple of days after the Galaxy Round.

This one had a plastic AMOLED display too, “P-OLED” in LG parlance. The phone was curved as well, though along the other axis (top to bottom) compared to the Round. This had similar ergonomic advantages, but the real party trick was that you could flex the phone. Not much, but you could bend it without breaking it. And you really had to put some muscle into it, let’s just say it’s not called the G Floppy for a reason.

Curved phones have advantages when it comes to ergonomics

To pull this off took much more than a flexy display, however. The exterior was made out of polycarbonate, while the display was (surprisingly) covered with Gorilla Glass 2. Corning is still working on its foldable glass, but here GG2 had to survive only minor flexing – and it did.

This was still very early in the P-OLED development cycle, however, and the display had only 720p resolution – not much for a 6.0” display (especially considering the LG G2 already had a 5.2” 1080p panel). The LG G Flex2 did deliver a 5.5” 1080p display on a flexible phone in early 2015, so the resolution was not an unsolvable issue.

The LG G Flex was curved the like a banana

Anyway, the internals of the G Flex were even more impressive. The specs sounded very similar to the LG G2, though the hardware required modifications. The Lithium Polymer battery (3,500 mAh) was curved too and could bend along with the rest of the phone. LG’s battery division was really showing off with this one – it has produced some kooky batteries over the years (including L-shaped batteries for the iPhone), but this is by far the most impressive one.

LG developed a curved, flexible battery for the G Flex

The G Flex had a magic trick up its sleeve that has been repeated only once since. The phone’s back was coated with with a self-healing material – if you scratch it, the gash would slowly close over time (rubbing the area to heat it up sped up the process). Deeper groves were permanent, but this promised a future with phones that don’t need protective cases. The G Flex2 improved the formula and who knows what could have been if the company kept working at it. 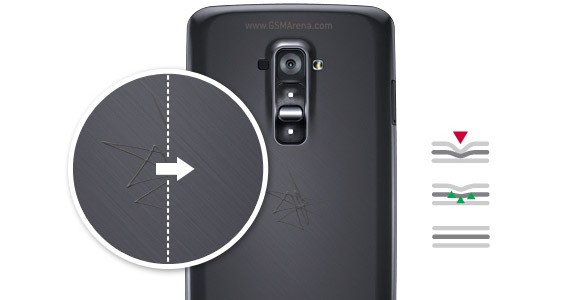 The surface of the LG G Flex could heal shallow scratches, deeper ones left a scar

The whole design took 5 years to develop and in all honesty was more of a tech demo than a mass market device. Some of what was developed continues to be relevant today, flexible displays are quite common these days. However, the rest of the technology didn’t go far.

Today’s foldable phones have a hinge in the middle to allow their two rigid halves to “fold”. In lieu of flexible batteries, they just have a split battery. No self-healing coating either, just strengthened glass on the outside to ward off scratches. 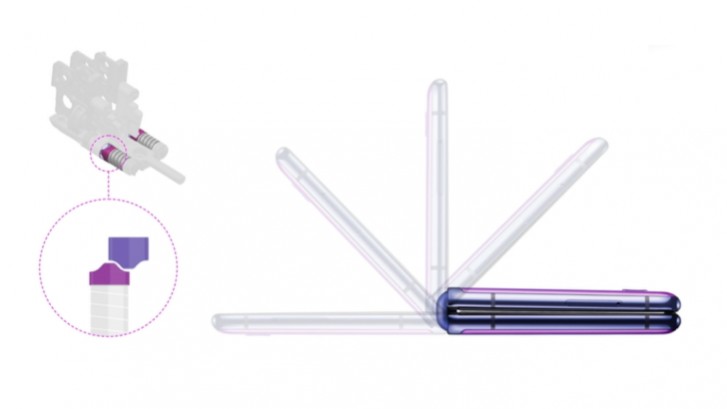 LG may be out of the phone business (it went out just after teasing its rollable phone), but its display and battery making divisions are still in the game. Samsung Display isn’t slowing down either, it is now the biggest producer of flexible AMOLED displays. Chinese companies like BOE are developing their own technologes too, so the competition will only heat up.

Hinged designs have a weak spot – exactly the hinge – though at least it can be made water resistant as the Galaxy Z Fold3 and Z Flip3 showed. Samsung claims no dust resistance on these phones, however, so the hinge is still not fully sealed.

Maybe one day we’ll have a foldable phone that truly folds (like a piece of paper). But for the foreseeable future “foldable” phones will have to fake part of the folding process. Either way they should all be thankful to the LG Flex and Samsung Galaxy Round for laying the groundwork for their arrival.

The Split LUT Technique in Photoshop to Get Separate Controls