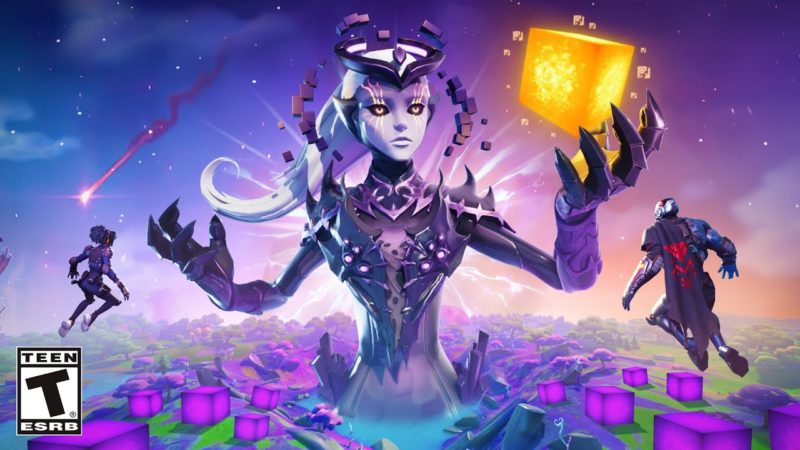 The next big event in the Fortnite calendar looks set to not only end the season but also conclude chapter 2 as well. The latest saga in the Fortnite story will be aptly named ‘The End’ and will take place on December 4th.

The chapter 2 finale event will be a one-time-only event and has been described by Epic as ‘one last stand for the fate of the island’ – not only marking the end of the season and chapter but also the map too – potentially.

The finale event will be going live on December 4th at 4PM ET/9PM GMT.

Fortnite’s Chapter 2 looks set to conclude in the coming weeks with a one-time-only event that looks set to eclipse the game’s previous chapter-ending event. In Fornite’s Chapter 1 conclusion, players of the game were subject to a complete blackout of the game before Chapter 2 finally emerged. There are no hints to suggest the same will happen this time – but we can only expect similar levels of excitement throughout.

According to developer Epic, players will join forces to fight back the Cube Queen during the Chapter 2 finale. By participating, players will have the opportunity to unlock a special loading screen and wrap. As part of the finale, players will be able to join parties of up to 16 players – with playlists available 30 minutes prior to the start so players can reserve their place.

This season has been drawing to a conclusion with the arrival of mysterious cubes in the center of the island. The cubes began to form a pyramid after a while, with the Cube Queen making herself known by floating in the air above the pyramid. Players finally get the chance to team up against the Cube Queen to end the season (and chapter) in true style.

Will Chapter 3 showcase a new map?

While developer Epic are hinting at an end to the Island, there is no suggestion as to whether or not a new map will come with Chapter 3. However, if forum speculations are anything to go by, we’d like to think something spicy was on its way.

Steam's Autumn sale is now live: Save up to 70% off AAA titles