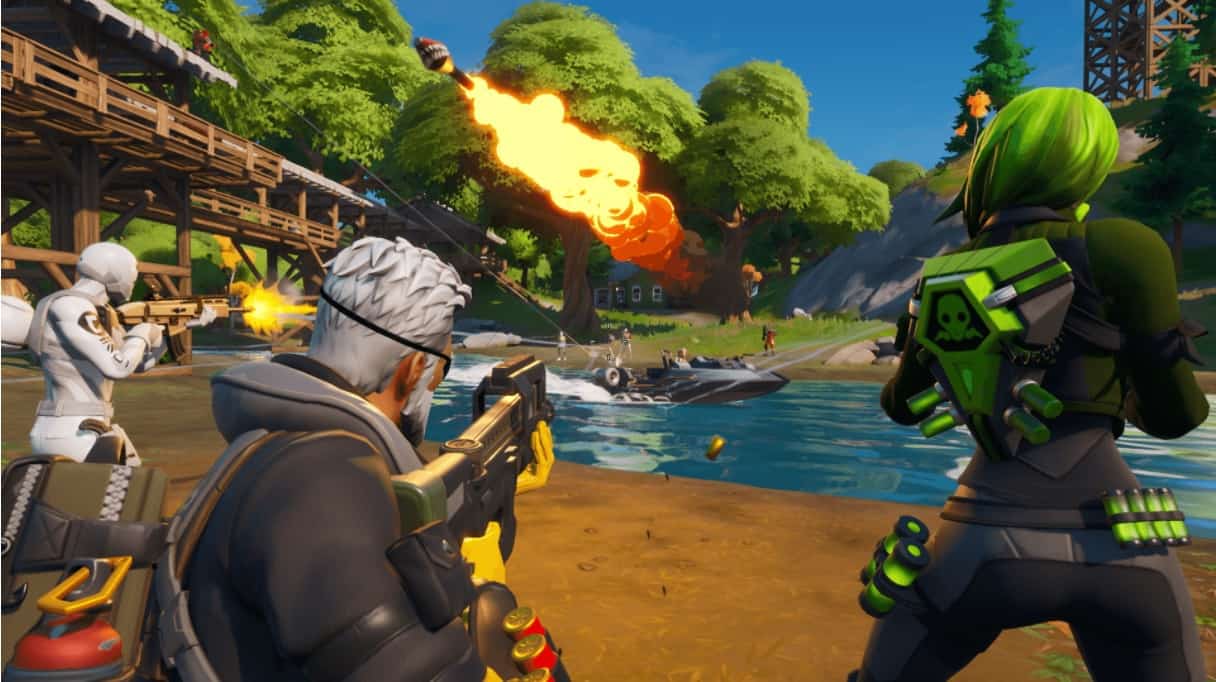 Fortnite Season 8 has been a colorful and eventful one, to say the least. Slipstreams made a welcome return after an almost ten-season absence to help players move around maps that little bit quicker. Meanwhile, Epics’ tight grip on chest spawn rates is still at an all-time high, but they did add hundreds of crates to balance it out. Although it makes downed UFO areas viable, it would be great if Epic could stop pushing variety and just give players what they want.

Hotfix v18.00 introduced the Armored Wall Trap with a staggering 2,500 HP. It was a welcome mix-up to gameplay considering trap releases have dried up previously to this. Having some handy cover from enemy fire whilst using a Medkit is quite literally a lifesaver.

The best highlight has to be the Toona Fish skins. Thanks to the Battle Pass, players can unlock color schemes for Toona Fish by collecting color bottles in-game. This leads us nicely into the two new cosmetic bubbles that have leaked.

Show Me The Fortnite Leaks

Much like the Toona Fish skins, the Toon Legends Bundles puts a unique spin on the toon-themed cosmetics this season is favoring. I don’t want to alarm people, but this might be Epic giving players what they want?

There’s also a new frozen pack coming, which continues the theme of frozen alternatives to existing skins. In this pack, we’ll be getting variations of Midas, Crystal, and Renegade Raider.

We have no idea when these cosmetic bundles will drop, so keep a keen eye on the item shop for an update (hopefully) sooner rather than later