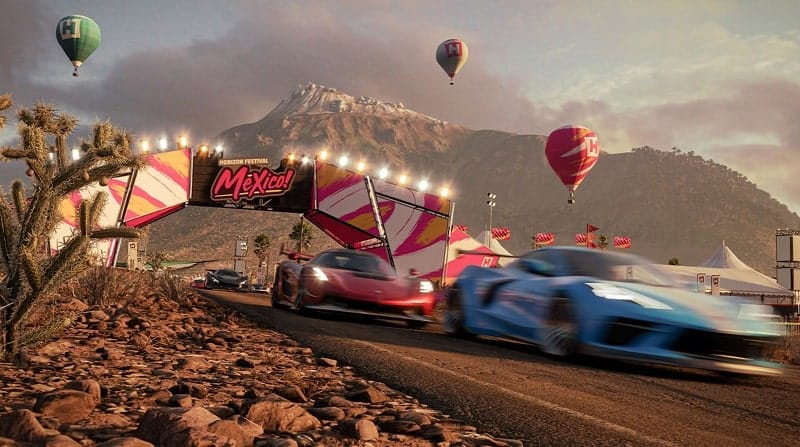 Xbox Game Studios have recently released the complete list of PC requirements for Forza Horizon 5 this week, with some high-end hardware cropping up in the ‘ideal’ section.

Developers of Forza Horizon 5 displayed a chart recently showcasing the full list of specs for the latest racing title. At the lower end, users will require a GeForce GTX 970 with 3.5 GB VRAM to run the game efficiently. For AMD systems of similar ilk, a Radeon RX 470 is suggested. From a CPU standpoint, a Ryzen 3 1200 or Core i5-4460 is expected at the lower end of the spectrum.

Recommended specifications see a jump in both CPU and GPU, with AMD systems requiring a Ryzen 5 1500X alongside a Radeon RX 590 (8GB). Alternatively, Intel systems will require an i5-8400 CPU with a GTX 1070 GPU (8GB). Recommended RAM sits at 16GB respectively.

More concerning for budget PC users, however, is the ‘Ideal’ specs. According to the chart, ideal specs include the likes of Nvidia’s GeForce RTX 3080 and Radeon RX 6800XT – two top-tier GPUs which have been riddled with stock problems since launch.

The game will come equipped with a tonne of additional features such as unlockable framerate, changes to field-of-view, and ultrawide aspect ratio support. All being said, whilst you probably won’t need a high-end GPU to play this game, it’s still worrying some fans of the game as to how demanding this title actually is.

We’ll be running a number of tests over on our benchmark channel showcasing game performance on a number of different systems so keep an eye out for that in the near future.