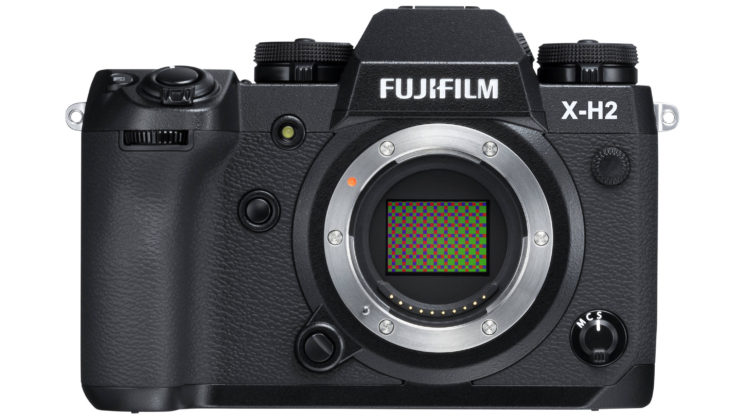 You all thought Fuji had forgotten about the X-H line of cameras, huh? After releasing the Fuji X-H1 in February 2018, and apparently discontinued in November 2019, there’s been no word about it from the company since. Obviously, though, if Fuji wants to keep up with the competition now that Nikon and Canon have jumped on the mirrorless train, Fuji’s going to need a new video-centric camera.

The folks at FujiRumors certainly haven’t given up on the X-H line and they’re reporting that the Fuji X-H2 will come with a shiny new Fuji X-Trans sensor that’s capable of shooting 8K DCI/UHD for a cost of less than $2,500 and it’ll be coming in 2022.

Bayer sensors, as you can see in the image above, have a repeating 2×2 pattern. Each row alternates between blue and red, with each line alternating between green and that row’s pixel colour. This mimics human vision, which is more sensitive to green light. Buy Bayer sensors are often subject to things like moiré – hence the need for an anti-aliasing filter.

X-Trans sensors, on the other hand, arrange the pixels in such a way that every line and every column sees at least one red, green and blue pixel at some point. Fuji claims that this allows their APS-C sized X-Trans sensors to provide a greater perceived resolution that is on par with some full-frame sensors. Marketing speak aside, though, they are very impressive – even if not perfect.

If the Fuji X-H2 does indeed come with an 8K X-Trans sensor, it will be interesting to see how it compares to 8K from something like the Canon EOS R5 which does use a more traditional Bayer filter array over its sensor.

It’s going to be a while until we actually hear anything official, though, as it’s not expected to be released until 2022. For now, though, Fuji has other announcements coming in just a few short days!

£20 off the cutest speakers