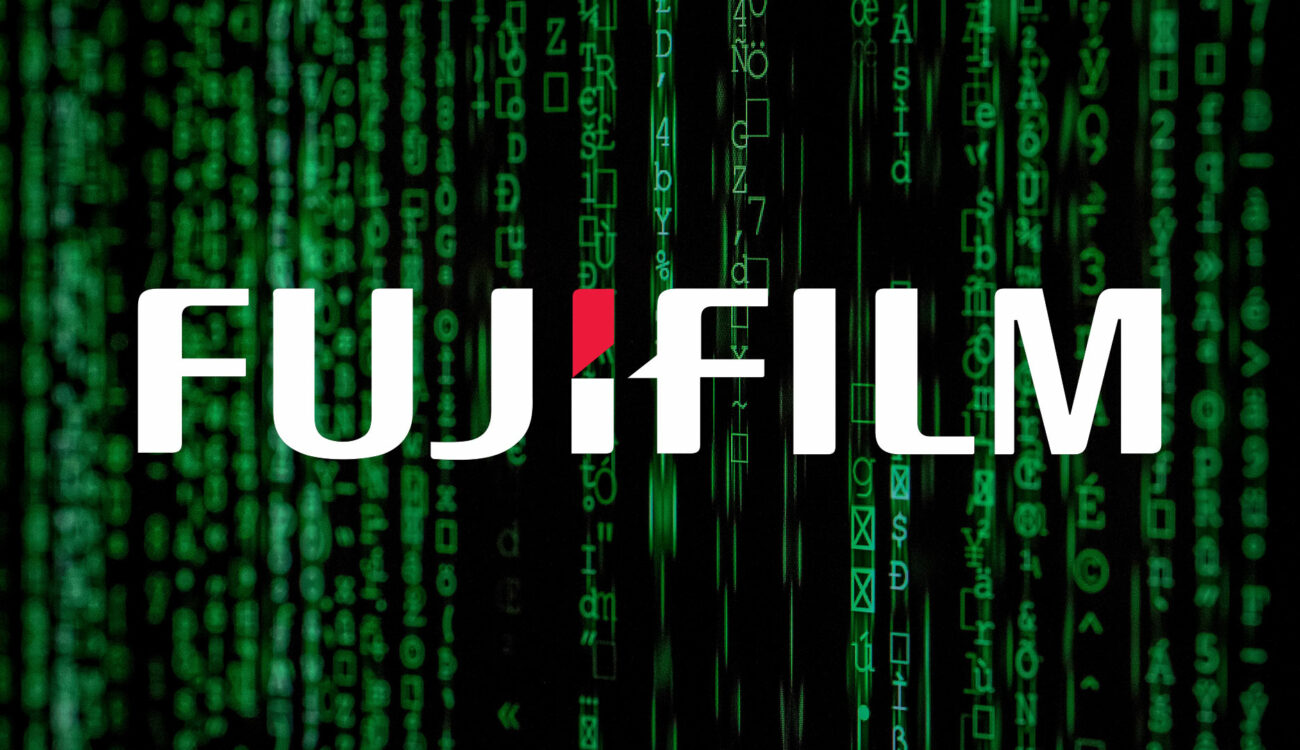 Earlier this month, FUJIFILM Corporation’s servers were attacked by ransomware, and whoever did this had unauthorized access to the company’s servers. After this attack, FUJIFILM shut down all networks and servers. Fortunately, it seems like they solved the issue, and FUJIFILM Corporation just announced that they’re now fully back in business.

The film industry isn’t only about new cameras/lights/lenses and such (although of course you’re welcome to take a look at our latest FUJIFILM GFX 100S review for photographers in case you missed it) – in the age of the Internet, gold has been replaced by user data and security issues.

Unfortunately, companies like Canon have already suffered from ransomware and various other attacks. We could also mention the Sony Pictures hack in 2014, and the Netflix/HBO breaches in 2017.

In this latest break-in, FUJIFILM Corporation was the victim of unauthorized access to its servers earlier this month. This incident caused delays and problems in customer relations, orders and shipping.

On June 4th, 2021, FUJIFILM Corporation published a statement that their servers were attacked. Here is was the company said about it:

“FUJIFILM Corporation has been carrying out an investigation into possible unauthorized access to its server from outside of the company.

A special Task Force, including external experts, was immediately established, and all networks and servers were shut down to determine the extent and the scale of the issue.
Below is what we have found as of now, as well as the measures that have been taken:

– We confirmed that the unauthorized access we became aware of in the late evening of June 1, 2021 was a ransomware attack.

– We also confirmed that the impact of unauthorized access is confined to a specific network in Japan.

– Starting today, with a clear understanding of the extent of the impact, we have begun to bring the network, servers, and computers confirmed safe back into operation.

Fortunately, the ransomware only affected FUJIFILM Corporation’s servers in Japan. Also, the company had acted very quickly to shut down all networks and servers after they became aware of the situation.

It now seems that everything is back to normal, as they mention in a recent statement:

“On June 2, FUJIFILM Corporation in Japan shut down all networks and servers after the company became aware of an unauthorized access. Starting from June 4, the network, servers, and computers which we confirmed safe were brought back into operation. By June 14, operations related to customers and business partners, including customer contact, order, and shipping have resumed. We will continue to work to solve delays in delivery that occurred during this period.

Fujifilm Total Risk Management Committee, chaired by the president, and a special Task Force, including external experts, have carried out an investigation into the incident. According to the investigation carried out thus far, no indication of loss, destruction, alteration, unauthorized use, or disclosure of our data has been detected. The countermeasures against this unauthorized access have already been implemented. We will continue to monitor the situation and continuously work to strengthen information security.

We sincerely apologize to our customers and business partners for the inconvenience this has caused.“

If you’re a FUJIFILM shooter, it looks like your personal/customer data has not been affected. Also, it’s nice to know that all the company’s operations are fully back in operation.

Do you think production companies/camera manufacturers should be more careful than ever regarding cyberattacks? Did you ever suffer from a ransomware/cyberattack? Don’t hesitate to let us know in the comments below!