Galaxy A22 5G will go official in India on July 23

We are already aware of the specifications of the handset, considering that it was launched by Samsung last month. The key specifications of the Galaxy A22 5G include a Dimensity 700 5G SoC, 8GB of RAM, 48MP triple-camera setup, and a 5000mAh battery that offers 15W fast charging support. After many leaks, rumors, and certifications, Samsung has officially announced that the Samsung Galaxy A22 5G will be available for purchase in the country in just two days. 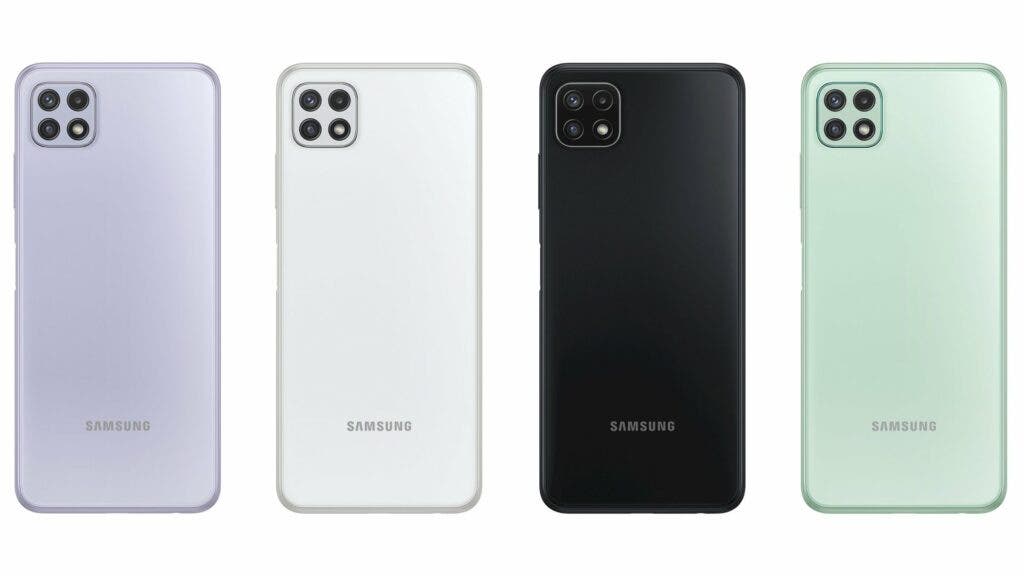 The Samsung Galaxy A22 5G flaunts a 6.6-inch LCD with a Full HD+ resolution of 2,400 x 1,080 pixels and 90 Hz of refresh rate. Under the hood, this smartphone packs a MediaTek Dimensity 700 SoC. It features two ARM Cortex-A76 cores clocked at up to 2.2Ghz and six efficient ARM Cortex-A55 cores clocked at up to 2.0GHz. It also comes with an ARM Mali G57 dual-core GPU. It’s not the best for gaming but can run some games in modest settings. The handset is available in variants with 6 GB or 8 GB of RAM with up to 128 GB of Internal Storage. You can expand this with a micro SD card by up to 1 TB.

In terms of optics, the A22 5G packs a triple-camera setup. It brings a 48 MP primary main camera, a 5 MP ultra-wide-angle lens sensor, and a 2 MP depth camera. The device sports an 8 MP selfie snapper. In terms of connectivity, the device comes with dual-SIM support, 4G VoLTE, 5G, Wi-Fi 802.11 b/g/n/ac, Bluetooth 5.0, GPS, a 3.5 mm audio jack, and a USB Type C port. The handset draws its powers from a 5,000mAh battery with 15 W fast-charging support. On the software front, we have Android 11 straight out of the box.

More details regarding pricing and availability will be revealed once it launches in India on July 23.