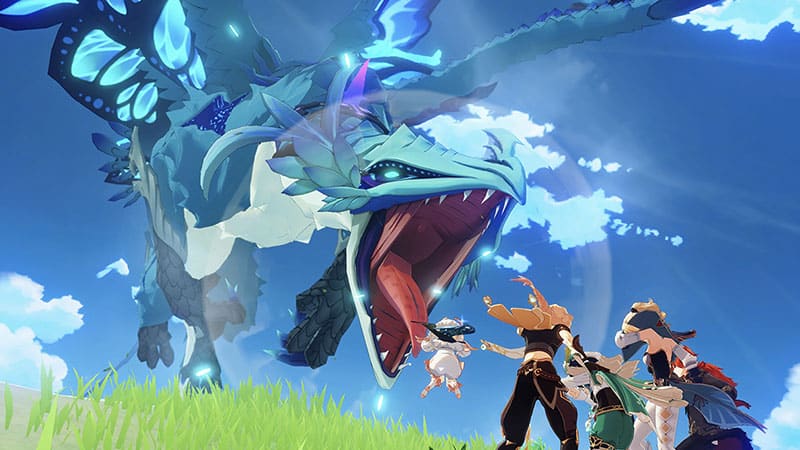 The ongoing Genshin Impact anniversary might have disappointed with its measly offerings so far revealed during the celebrations, but that doesn’t mean that MiHoYo are slowing down with any type of announcements.

There’s a bevy of streams coming up, all focusing on different aspects of Genshin, but the least exciting – and today’s – stream is all about fan art. I wouldn’t expect any real announcements during the show, but I would fully expect announcements for announcements.

Prominent leaker, Ubatcha, has stated on their Twitter that an upcoming anniversary stream will be live on the 28th of September. MiHoYo have a habit of announcing these streams a couple days beforehand, so expect something either today or tomorrow.

There’s no date set for this, but keep an eye on the art stream today for potential news.

The Genshin Impact fan art showcase airs at 12PM EST/4PM GMT and will be live on their own website.

MiHoYo will be returning to the Tokyo Game Show this year, presumably to repeat least year’s type of announcements which involved launching a new character and giving insight into the roadmap of the game itself. The Tokyo Game Show stream will go live on October 3rd, which show be up on the official TGS YouTube channel.

What could be updated at any of the two shows is the currently in development Switch version, which hasn’t had much news since it was announced. However, a controller and an iPhone or iPad is just as good if I’m honest.

Genshin Impact’s impact doesn’t seem to be going anywhere any time soon, so of course we’re all over it with guides and updates on everything from fish to the hotly anticipated 2.2 update – which should hopefully be discussed at TGS.

Hopefully they also make up for the pitiful excuse of an anniversary event with something a bit more tantalising than the pittance given out, going against the traditional Gacha ethos of drawing in new and returning players with a bounty of free things.