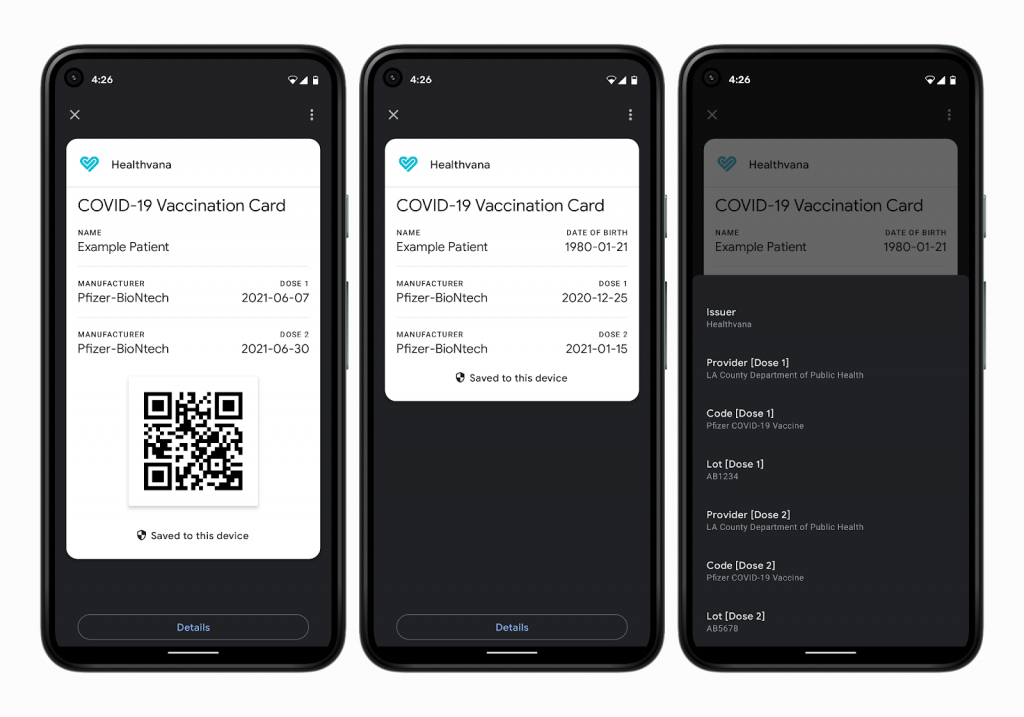 Google is adding the ability for Android users to upload a digital version of their Covid-19 vaccination card, enabling folks to provide proof of their status if the situation requires.

While there’s yet to be a moral consensus of any kind on the idea of vaccination passports, having the jab is already opening doors to the public within the travel and entertainment industries, in some countries.

In a post on the Google Developers blog, the company says Android users will be able to store a digital version of the “COVID Card” to their mobile device, which can be accessed via a shortcut on the home screen.

The card depicted shows which vaccine you’ve had, when you had the shot(s) and provides a QR code for the requisite party to scan, if verification is required to gain entry, for example.

“When a user wants to access their COVID Card, they will be asked for the password, pin or biometric method set up for their Android device,” Google says.

So, if you need to provide your vaccination status before getting on a flight, a cruise, or entering a concert venue, for example, you won’t have to carry the flimsy piece of cardboard issued by the healthcare provider. It’ll also be handy for those worried about losing their vaccination card. The healthcare provider in question will need to be on board too, Google says.

Google says users won’t need the Google Pay app and the user’s vaccination card will not be retained by the company. Third parties won’t have access and it will not be used for targeting users with advertisements. The very fact the company has to point that out speaks volumes, but we’re ad-libbing here.

Plans are to roll out the feature in the United States initially, followed by other countries. One can only assume the UK will be among them, providing there’s approval.

Google adds: “Starting today, developers from healthcare organisations, government agencies and organisations authorised by public health authorities to distribute COVID vaccines and/or tests will have access to these APIs to create a digital version of COVID vaccination or test information.”

Of course, the mere question of vaccination passwords is a deeply contentious issue for which there is no clear and logical right answer.

While, in theory, the idea that your vaccination status could unlock a return to normality given the presumed lower likelihood that you could a) be infected by, b) become seriously ill from, and c) transmit Covid-19 to your follow citizens sounds logical.

However, precluding the unvaccinated – who’ve opted out through choice or the inability to find/medically tolerate a jab – from participating in society could easily become discriminatory and evokes gruesome elements of Europe’s more recent history. Governments will need to tread carefully here.