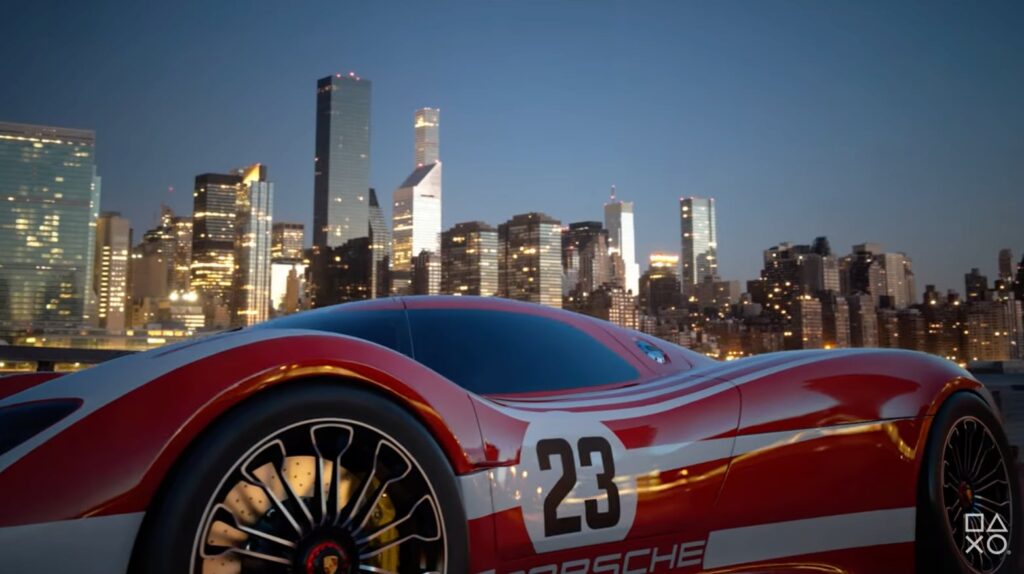 Gran Turismo 7 will be finally be available on PS4 and PS5 on March 4 2022, Sony confirmed during the PlayStation Showcase live stream on Thursday.

The event also saw the first gameplay trailer for the eagerly-anticipated game, which was due this year, but like most AAA titles has slipped into 2022 due to pandemic-related challenges.

So, let’s cut to the chase. The new Gran Turismo 7 trailer, backed by some pretty dramatic organ music, is below:

While it’s good news (for those yet to snap-up a PS5) the game will be available simultaneously on both consoles, the trailer sure does showcase what gamers can expect from the new machine.

The visuals almost look a little bit too real. The detail and polish on the Porsches (FF, FR, 911 and 365) in various lighting and weather conditions is mind-blowing. We got a look at a host of the cars, tracks and tuning customisations that’ll be available during the game, alongside in-race footage from iconic tracks.

There’s a newly designed Campaign Mode, which is sure to please long-time fans, while Sony also showcased a new livery editor, as well as a photography feature called Scrapes that’ll enable racers to show off their favourite vehicles in HDR across 43 countries and over 2,500 locations.

Legendary tracks like Trial Mountain and High-Speed Ring are making a return with PS5-level detail that matches the console’s “power of expression”, developer Polyphony Digital says.

As for the cars you’ll drive them on, Polyphony says “GT7 is clearly designed as a “Car Collecting Game”, even more so than the GT series of the past.” The new GT Cafe will be where gamers are able to acquire these prize cars.

As you can see from the trailer, the time and weather change simulations are going to be an important art of GT7. In fact, they’ll be totally unique to the game.

“Referencing a massive amount of meteorological observation data, we have recreated spatial / time of day conditions for particle size distribution and concentration distribution of aerosol particles in the atmosphere on a global environmental scale, in a procedure that is unique to the Gran Turismo series,” Polyphony president Kazunori Yamauchi says in a post on the PlayStation blog.

A new Gran Turismo game has been a fixture for every new PlayStation console since the original, and often a standard bearer for what that generation’s machine is (and will be) capable of. We expect GT7 to be no different. The countdown is on, folks.

Lukáš Belohoubek Uses a Rare Pancolar 55mm for his Photos