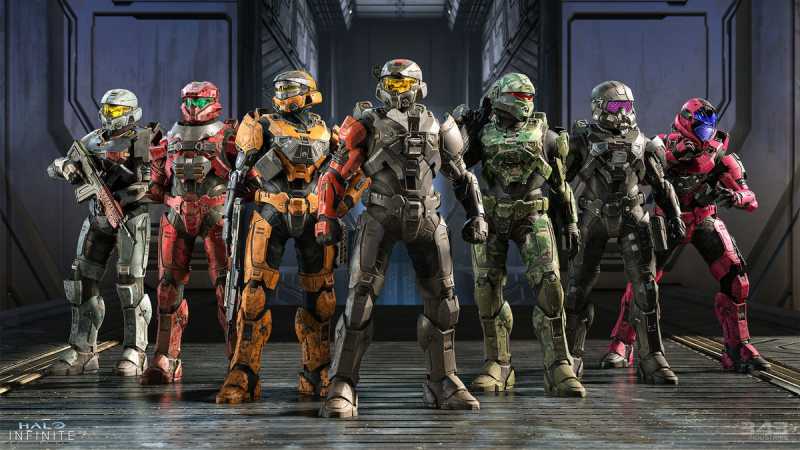 Halo Infinite’s first Battle Pass has leaked, and even people excited about the free-to-play multiplayer component of the game aren’t happy. The Battle Pass has been discovered by data miners, who have shown us that it follows the Fortnite model of having both free rewards and premium ‘you paid for the Battle Pass’ rewards.

While it’s no surprise that there is a Battle Pass, as other big multiplayer shooter games like Fortnite and Splitgate have adapted to that monetization model and been very successful, some Halo fans have responded to the leak by saying that being free-to-play with a Battle Pass makes the game inferior to prior entries by putting ‘character customization behind a paywall’. This is despite Season Passes being in Halo: Master Chief Collection already.

The Battle Pass also feels a bit stingy, as a lot of the free tiers often just … give you nothing, really. The leak —which originated on Reddit— has been confirmed by other data miners to be genuine, but obviously things can change in the lead up to launch so take the existence (or lack of existence) of any items on the list with a grain of salt.

This is what’s in the Halo Infinite Season 1 Battle Pass according to the Reddit leak:

Halo Infinite is all set to release on December 8, 2021 on Xbox One, Xbox Series X/S, Xbox Cloud Gaming and PC. We’re not sure if we’ll pick up the Battle Pass yet, but that will also be available at launch.

Z690 motherboard release date – When does the Z690 come out?