Yesterday, we learned that Honor would hold a global press conference on August 12. At the event, the ex-Huawei brand will release the much-anticipated smartphone dubbed the Honor Magic 3. By the way, this is going to be the first top-end smartphone of the brand after independence. So it’s logical to see a colossal attention towards this handset.

However, this is the only official information we know at the moment. But there was a promo video that reveals the camera module design. From the video, we can see, that the phone will adopt a circular multi-camera solution. Plus, the video hints that the Honor Magic 3 will focus on the imaging and provide a strong photo experience.

Subsequently, some users exposed a design sketch of a suspected Honor Magic 3. It showed that the back of the phone will adopt a design similar to the Huawei Mate 40 Pro. Thus, it will still use an “Oreo” multi-camera module. On the opposite side, the screen will adopt a double-punch-hole design. By the way, this sketch is also very consistent with the spy photos of the engineering machine leaked a few days ago. 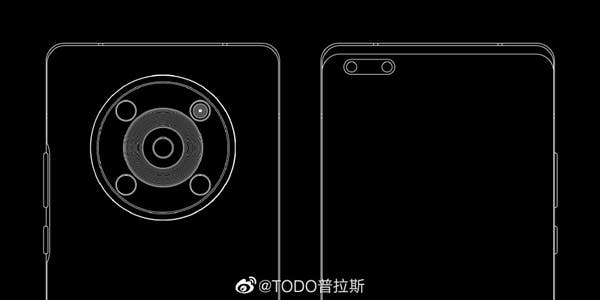 As the latter showed, the Honor Magic 3 will adopt a large-curvature waterfall screen solution. It is basically the same as the 80° super-curved waterfall screen of the previous Honor V40 series. We should admit that it has extremely immersive visual effects.

In addition, the engineering machine also leaked the configuration of the phone. The processor is SM8350, which is the code name of the Snapdragon 888 series. But we have previously heard that the Honor Magic 3 will be one of the first models coming with a Snapdragon 888 Plus. The latter is the improved version of the original chip and it will have a higher clock speed. And taking into consideration all these news and leaks, there is every reason to think that our protagonist will debut Qualcomm’s new flagship chip.

At the same time, Honor Magic 3 will also come with a 12GB large memory version. It will be able to provide an extremely large background running space to ensure the performance output of multiple applications and games.

Much earlier, we heard that it would feature an under-screen camera as well as a 120Hz high refresh rate screen. But if the latter causes no doubts, we think the dual-front-camera solution is more real at this stage. Although before August 12, everything might change.

Photos of the Sulfur Miners at the Ijen Volcano in Indonesia