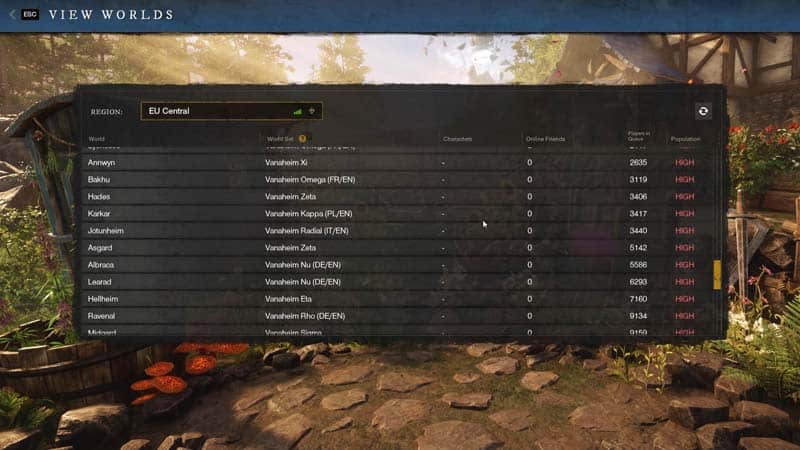 New World has had, quite frankly, an unbelievable launch with millions of players getting themselves in the game and grinding their way to as high a level as possible. However, as many have entered the holy New World gates, others have been left wanting, falling short due to long server queues and errors.

With Amazon Games working as hard as they can by increasing the number of servers available, there’s a chance that the server you’ve locked in for your New World character simply isn’t cutting it for you. Likely, you’ll want to change your New World server, maybe to one that has a better connection, or simply a lower queue number.

How to change New World Server

Currently, there is no way to actually change your character’s New World server bar going through the character creation process again and scrapping your current progress. However, not all hope is lost.

The official New World Twitter account has stated that with the addition of new servers, a simple and free server change will be an available option to all users.

We hope that this option comes into effect very soon, allowing those that want to change their New World server with a way out. Amazon Games has announced a bunch more EU servers as we speak so we can be sure that the server swap feature is on its way shortly.

When the New World server swap feature becomes available, we will be sure to update this page with all the relevant steps you need to follow.