How to limit who can reply to your tweets on Twitter 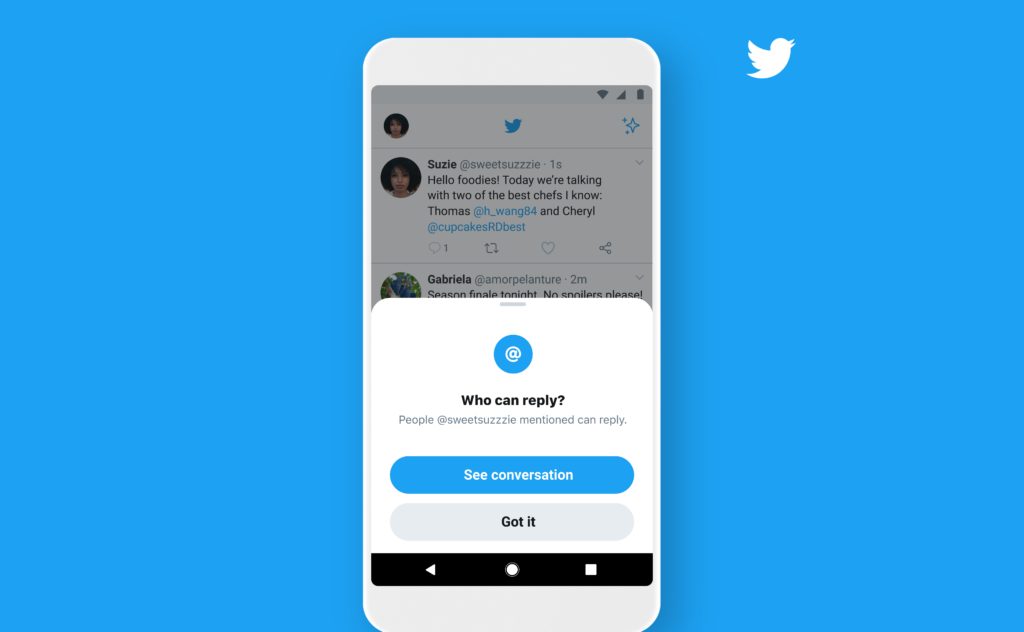 Last year, Twitter launched a feature that allowed users to pick and choose who could respond to their tweets, making unwanted replies and broken threads a thing of the past.

Now, Twitter has updated it to allow you to adjust those settings even after a tweet has been sent out into the world.

For tweets set as only people you follow and only people you mention, users will see a label telling them who can respond and the reply icon will be grayed out if they can’t. This doesn’t mean your tweet will be hidden – anyone will still be able to retweet, share, like and even retweet with a comment (if they really want you to hear what they have to say), but they won’t be able to reply directly below your tweet.

“Since we started testing this in May, people have used it to host interviews and panels, share what’s on their mind, and make announcements”, said Twitter when the feature launched last August.

“We’ve learned a lot from usage, feedback interviews, and surveys. These settings help some people feel safer and could lead to more meaningful conversations, while still allowing people to see different points of view”.

So, how does it work? Read on to learn how to limit who can reply to your tweets before you hit post, as well as after.

You can use Twitter’s reply settings to customise who can respond to your tweets both before and after you hit send.

How to limit who can reply before you tweet:

How to limit who can reply after you tweet: