Home » Blog » How To Toggle Optics In Battlefield 2042
Computer

How To Toggle Optics In Battlefield 2042 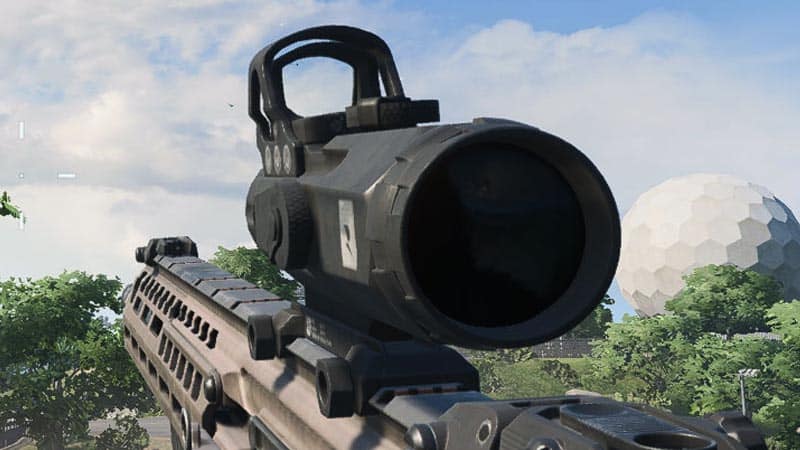 As Battlefield 2042 looks for any sort of additions to one-up the competition, DICE has added a variety of quality of life changes to the game that streamline the multiplayer experience and allow for players to fine-tune their gear the way they like it.

One such change is the addition of the new Plus System which gives users the ability to add and change weapon attachments on the fly, in the heat of battle. This is certainly something that’s needed in Battlefield and pretty much out-dos the change class method Call of Duty uses.

However, while the new Plus System is a fantastic addition to the franchise, it’s not the be-all and end-all, and some other functions can be done without having to access it. One of these is when you want to toggle the optics on your guns.

How To Toggle Optics In Battlefield 2042

Now, you obviously change optics via the Plus System but if you want to toggle a hybrid scope, for example, it doesn’t require you to go into this ‘menu’. It can be done by simply aiming down sight and hitting the melee button on controller or F on keyboard and mouse. This can only be done with optics that have a dual-mode though, so don’t try and toggle a red dot to iron sights!

Battlefield 2042 beta players, however, have been experiencing a bug where toggling optics is simply not working. If you’re one of these people, try and change sights via the Plus System and toggle again, it should fix the issue.

Well, it’s as simple as that, if you want to get tactical and be ready for different shooting situations in Battlefield 2042, toggle your optics with the above steps!

The post How To Toggle Optics In Battlefield 2042 appeared first on WePC | Let's build your dream gaming PC.