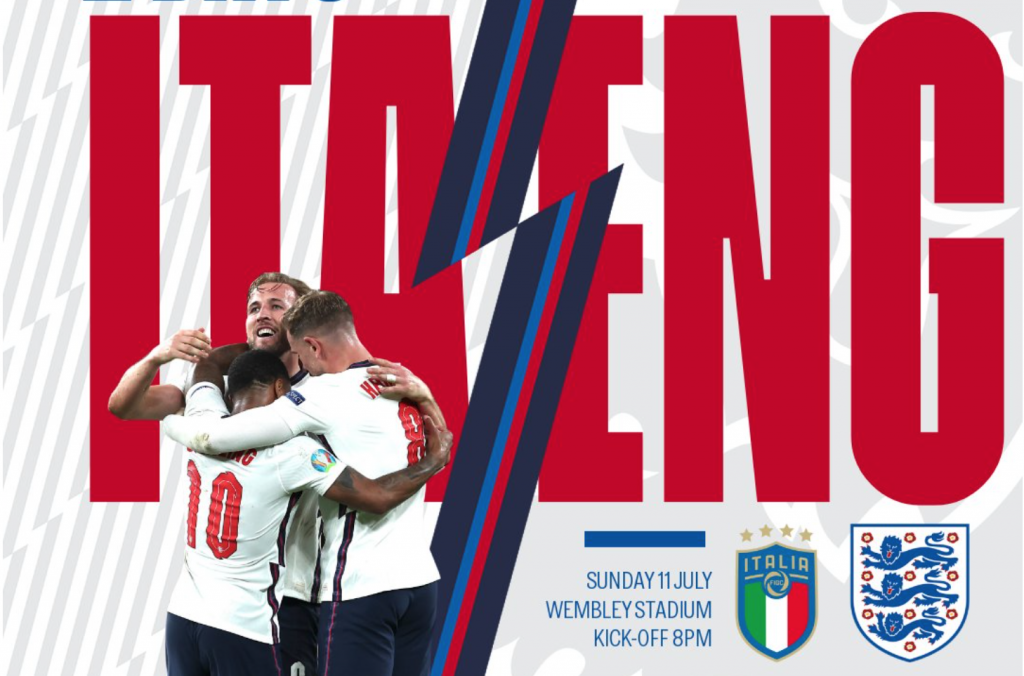 Did you think you’d live to see this moment? England are in a major tournament final for the first time in 55 years and once again it takes place on home soil at Wembley Stadium.

This time Italy are standing in the way of Gareth Southgate’s men ending all of those years of hurt. The final on Sunday night is the biggest sporting occasion this country has seen since the 2012 Olympics and, for some, the most important ever.

As the nation gets swept away in an absolute fever ahead of the final, there’s still the small matter of how we’re all going to watch the thing. If you’re off to the pub or a public event (be safe) you’re sorted, but if you’re watching at home or on the move, here’s our guide to the day football could finally come home.

England vs Italy in the Euro 2020 final will kick-off at 8pm UK time on Sunday July 11. That’s today, if you can believe it. The game will be played at Wembley Stadium in London. 60,000 rabid English people and plenty of Italians will will be permitted to be at the game tonight. It’s not a full house, but if Wednesday’s semi is anything to go by, the atmosphere will be one for the ages.

How to watch England vs Italy live on TV and online

Coverage on BBC One starts at 6:30pm. The BBC coverage is a good thing for us tech fans not least because of the horrendous ITV Hub failure during the semi-final;

However, if you have a compatible television you’ll also be able to benefit from 4K HDR coverage via the BBC iPlayer. Here’s how to watch Euro 2020 in 4K on the BBC. Beware though, with increased visual fidelity comes a slight delay when watching on the iPlayer. Might wanna mute the WhatsApp chats and have the TV loud enough so you can’t hear the neighbours.

Live terrestrial coverage of Euro 2020 on BBC and ITV means there’s no need to use a VPN to access a different location. However, as always, when watching content online, we’d recommend using a VPN to protect your privacy. Here you’ll find our guide to the best VPN available for web browsing and streaming. Among the services we recommend are Express VPN, and Nord VPN, but there are plenty of others to choose from.