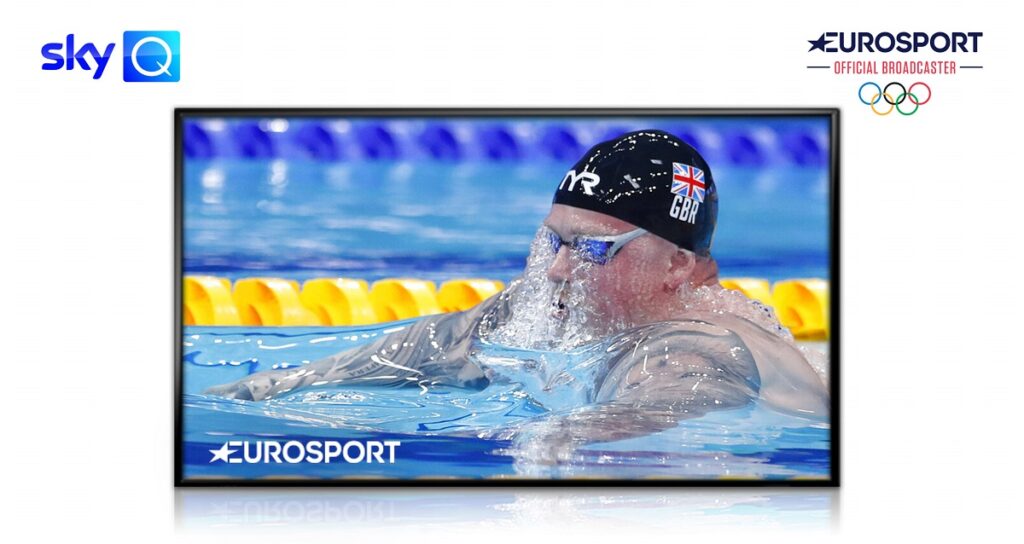 After a year of waiting, the Olympics are finally here. And here’s how to watch it in 4K.

It’s been a summer of 4K so far with Euro 2020 and the Wimbledon tennis tournament both shown in 4K HDR. And now we can witness the Olympics in that same quality.

The Tokyo Olympic Games begin on Friday 23rd July and finish Sunday 8 August, and here’s how you can watch them in 4K HDR.

To watch in 4K, it goes without saying that you will need a 4K TV to do so. You will also need a HDR ready Sky Q box and the UHD subscription to gain access to Eurosport’s coverage of the games.

HDR is one of the biggest 4K TV features, and a TV that supports the HLG standard helps bring the needed advantages of brighter, punchier and more realistic colours that are the cornerstone of HDR. So it’s a good thing that every TV that supports HDR also includes HLG support, too.

In the UK, the three broadcasters of Tokyo 2020 are BBC, Discovery+ and Eurosport.

However, the channel you need for watching the event in UHD with HDR is Sky’s dedicated 4K Eurosport channel. For the first time, Sky is adding HDR to its UHD coverage for live sports bringing improved contrast and colours for a more realistic and natural looking image.

To watch content on the dedicated Eurosport 4K channel that’s showing the games in live HDR, all you need to do is select the red button on channel 410 and 411.

Over 200 hours of content will be available in 4K and HDR via the red button, and if you want catch more of the Olympic action then there are seven Olympic specific Eurosport pop-up channels in HD at no extra cost.

For those who already have Sky’s UHD subscription, HDR is included as standard. However, if you aren’t signed up but want to experience the best picture quality, you can sign up for a special three-month offer free via the Sky VIP app. This offer only runs from July 16th to August 26th.

With Eurosport showing the games in 4K HDR, that means you won’t be able to view the event in 4K HDR for free. The BBC has said it will not show the Tokyo 2020 Games in the format as the requirement to backhaul the 4K stream back to the UK for production was deemed too costly in terms of bandwidth. As such, if you don’t have access to Sky, you’ll have to make to with watching the 2020 Olympic Games in HD elsewhere.

Hubble is back: Here are two new photos it took

We need to talk about Black Friday…