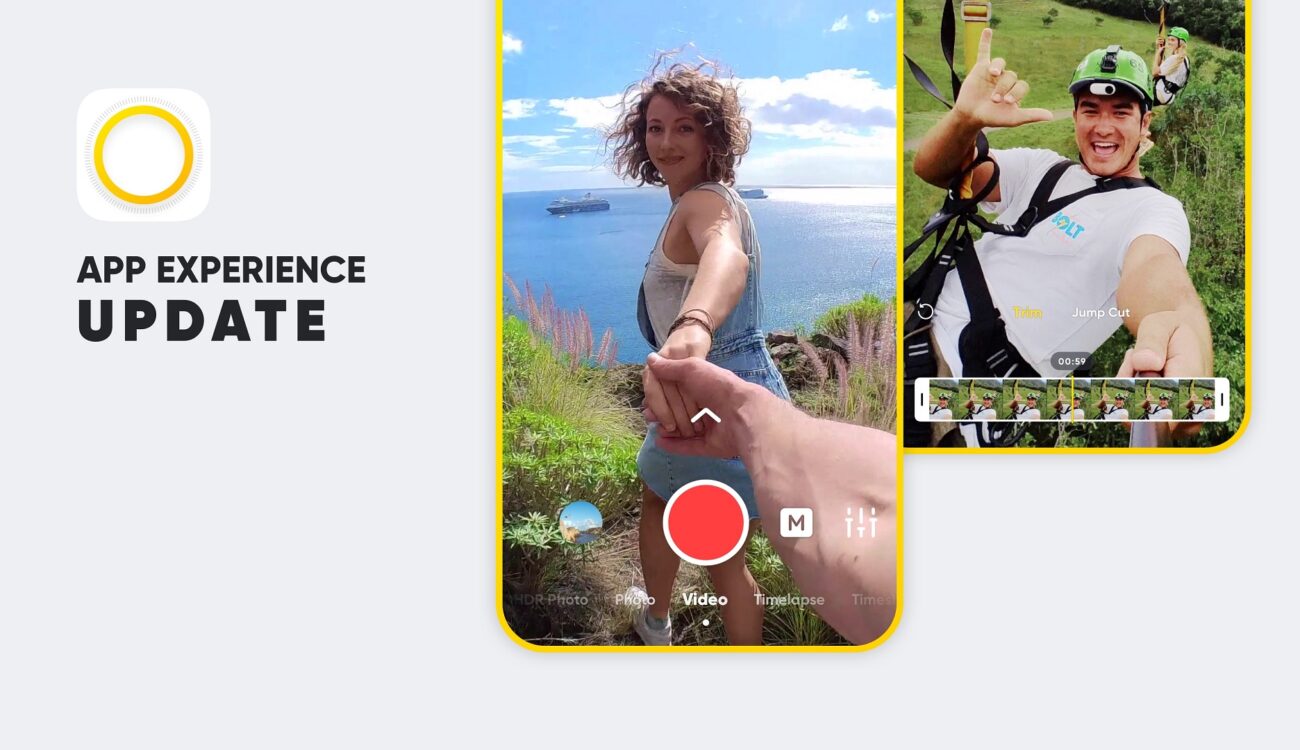 Insta360 just released the new version of its mobile app (iOS and Android) for use with Insta360 GO 2, Insta360 ONE X2, Insta360 ONE R, and Insta360 ONE X cameras. The updated app features a new cleaner shooting interface, smoother editing with precise cuts, 7 new templates in FlashCut, and the possibility of using more songs in one video. The export page also has a new interface with more options and faster export times. Available now for iOS and Android.

Having a good, capable, and responsive mobile app to go together with a new product is nowadays almost as important as the product itself. The app should also be regularly updated to fix possible bugs or add new features. The Chinese company Insta360 seems to be aware of that and that’s why today the company is releasing a new version of the mobile app for use with its Insta360 consumer/prosumer cameras. Let’s take a look at what is new in the app.

The Insta360 mobile app is available for both iOS and Android devices and it is intended for use with the following cameras:

One of the functions of the Insta360 mobile app is using it as a shooting tool – controlling cameras remotely for real-time preview and adjusting settings. The new version of the app features a new design of the shooting interface. According to Insta360, it provides a cleaner and more logical workflow. Users can swipe left and right at the bottom of the screen to select the most common shooting modes while swiping up opens the full list of options.

When it comes to editing, there have also been few improvements. Precise trimming of clips is now much easier, with the ability to zoom in on the timeline with a long press. Then, just release the slider to go back to the full timeline.

Navigation between albums and files is smoother, with an easy swipe taking users from an open video to its corresponding album, with animation to highlight the video that was just played. Another much-requested update is the ability to include multiple music tracks in the same clip when editing in Stories.

The automatic editing tool, FlashCut, has been updated with 7 new templates, featuring animated text and graphics. Users simply select their footage and the app will edit the clips together to go with the music. Additionally, the underwater color correction algorithm called AquaVision 2.0 is now available for ONE X users.

The export page of the app also got a new user interface. There are now more options to customize settings such as the exported video’s resolution, framerate, and bitrate. Insta360 claims the export is now overall smoother and up to 100% faster.

The Insta360 Mobile App is available for free and the new version can be now downloaded from Google Play and the Apple App Store.

Do you use some of the mentioned Insta360 cameras for your work? What do you think of the new version of the mobile app? Let us know in the comments section underneath the article.