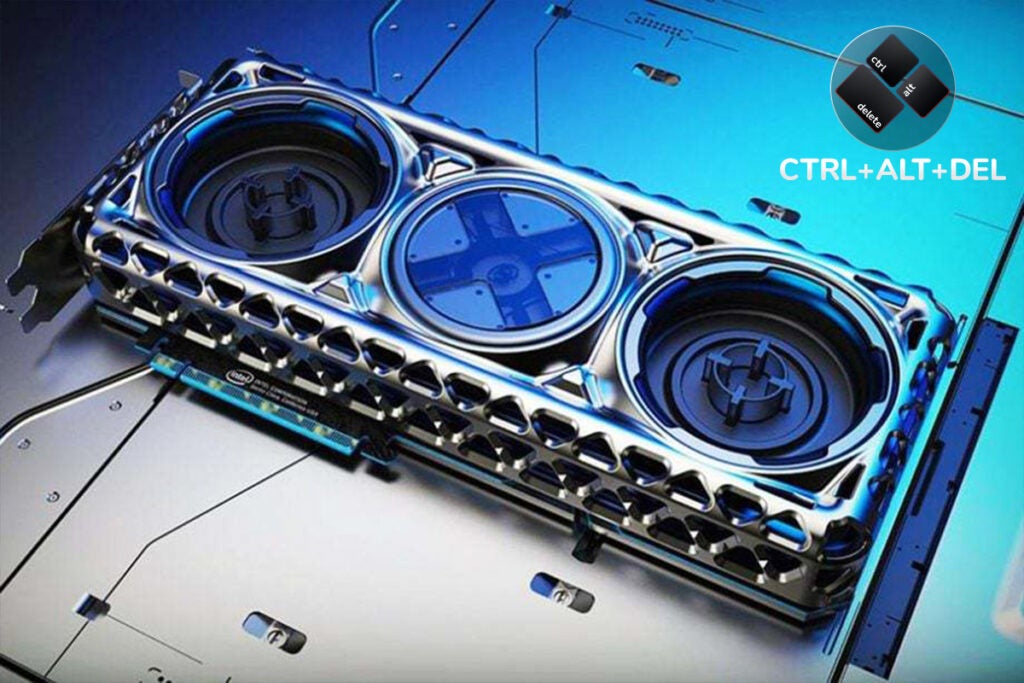 This week Intel lifted the lid on a load of details around its new Alder Lake CPU and Arc graphics cards’ Xe graphics at a digital architecture day event attended by Trusted Reviews.

And boy was it a busy event. During it, the firm made some pretty bold claims, like suggesting the incoming Alder Lake CPUs will be “19% faster” than previous generations and that it is set to conquer the graphics market currently dominated by Nvidia and AMD.

For those that missed it, Intel’s been making gradual moves to release its own series of dedicated and discrete GPUs to take on AMD Radeon and Nvidia GeForce for years now. And this is hardly the first time it’s been a little bolshy with its claims. Raja Koduri, Intel chief architect and senior vice president, went so far as to suggest the firm planned to make most games run on integrated graphics rather than dedicated GPUs at a previous event I attended a couple of years ago.

This week it also took a key step forward confirming the first name of its GPU series and codenames for the first set of cards. Specifically, we learned the series will be called Intel Arc and the cards are currently codenamed Battlemage, Celestial and Druid.

While I’m still on the fence about whether its mysterious Intel Arc graphics cards will actually be any good, as there’s little to no concrete details on their specs or design, the event did show signs the firm is at least moving in the right direction.

This is because, not only did it confirm ray tracing support, it also lifted the lid on its new XeSS technology (Xe Super Sampling). Ray tracing is an advanced technology that lets graphics cards render significantly more realistic lighting effects. Highlights include things like real time reflections and dynamic, more realistic shadows. It’s a vogue item that runs on Nvidia’s 20 and 30-series GPUs and AMD’s latest RX 6000-series cards as well as the PS5 and Xbox Series X/S games consoles.

Trust me when I say, the added realism is awesome and makes for a significantly better gaming experience. But, the flipside is, as demonstrated by the AMD Radeon RX 6600 XT I reviewed earlier this month, the tech can outright kill frame rates without a solution like Nvidia DLSS and AMD FSR.

These are two technologies that aim to reduce the impact ray tracing has, though they take different techniques doing so. DLSS (an acronym for Deep Learning Super Sampling) is an Nvidia RTX feature that boosts a game’s framerate by generating the image at a lower resolution and then adding additional pixels to upscale it to the desired resolution, using artificial intelligence.

AMD FSR (FidelityFX Super Resolution) has a similar goal, but unlike DLSS it doesn’t require machine learning to work. Instead, it uses simple spatial upscaling. This is a different technique that raises the resolution by referencing adjacent pixels while upscaling.

From what we know Intel’s XeSS works like a combination of the two, with a spokesperson explaining to Trusted Reviews:

“XeSS or Xe Super Sampling is a novel upscaling technology that enables high performance and high fidelity visuals. It uses deep learning to synthesize images that are very close to the quality of native high-res rendering. It works by reconstructing subpixel details from neighbouring pixels, as well as motion-compensated previous frames. This reconstruction is performed by a neural network trained to deliver high performance and great quality, with up to a 2x performance boost.”

But for me, that’s not what’s interesting. What’s interesting is that Intel has made two clever decisions with XeSS. First, like AMD FSR, it’s made it open source, so anyone, regardless of if they’re an approved games developer can use it without having to ask. Second, it’s already secured partnerships, which Intel claimed means there “should” be a wealth of games featuring XeSS support when the Arc cards launch at the end of the year.

This sounds small – and I’ll remain slightly sceptical of the “widespread” support claim until I have the cards in our lab being benchmarked with the feature active – but it’s a positive sign that shows Intel’s at least trying to avoid the pitfall that’s hindered AMD’s GPU aspirations over the last 12 months.

Benchmarking AMD’s opening wave of RX 6000 cards, there was one constant theme: While they were excellent for general gaming and could match the Nvidia cards in most instances with ray tracing off, the lack of FSR support at launch, meant they struggled to compete with the setting on. This was a key reason our best graphics card buying guide was dominated by Nvidia 30-series cards last year.

Though there are still way too many unknowns to accurately say whether Intel will successfully carve a share of the GPU market any time soon, by making XeSS open source and investing in getting support at launch Intel could at least come out of the gate with a fighting chance. This would also be a good thing for the market in general, with added competition always giving companies an extra incentive to up their game and make better products.

Man Busted Getting Into Water with Grizzlies for Photos