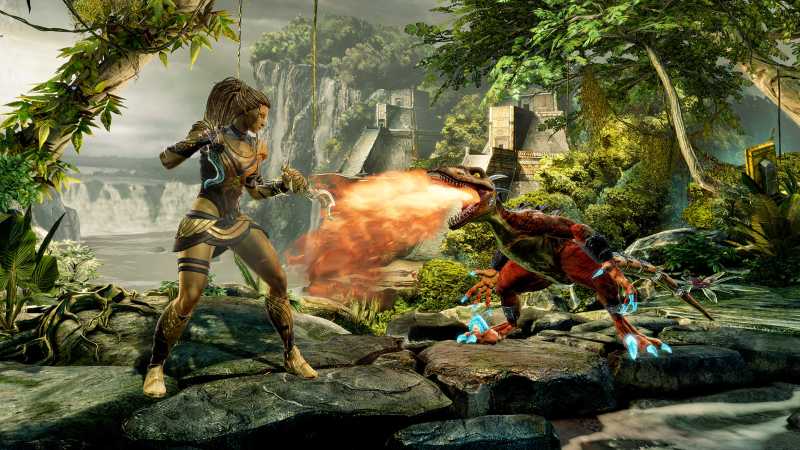 Industry insider Nick Baker —aka Shpeshal Nick— has confirmed on the 79th episode of The XboxEra Podcast that he has heard Killer Instinct 2 is now in “active development” for Xbox Game Studios at a yet to be revealed development partner.

This is big news as the most recent entry was released all the way back in 2013 around the system launch of the Xbox One. It was supported with new DLC characters for about three years before development on it concluded.

Who is developing Killer Instinct 2?

Nick speculated that the new developer was not going to be Iron Galaxy (Killer Instinct 2013) or NetherRealm (Mortal Kombat), but might in fact be nWay (Power Rangers: Battle For The Grid) or Dimps (the many many versions of Street Fighter 4), but didn’t provide any concrete information besides the fact that the game now exists.

In June this year, professional tease and head of Xbox Game Studios Phil Spencer said that he ‘wants to continue’ with Killer Instinct, but that it was a case of …” finding the right team and the right opportunity”. Shortly after that in August, Microsoft further stoked the fires of hope when they updated the official website of Killer Instinct with a fresh new look. They said this was to “improve long-term stability and ensure compliance with global accessibility standards” but we can’t help but hope that it means the new Killer Instinct title will be here sooner rather than later.

What do we want from Killer Instinct 2?

We’d like to see the new Killer Instinct follow on from where the DLC for Killer Instinct 2013 left off. With appearances from General Raam, The Arbiter and Rash from Battletoads it was all getting a little bit “Super Microsoft Bros.” and we honestly loved it. We hope that the new Killer Instinct has Doomguy and Dovahkiin get punched in the face by Banjo-Kazooie and B.J. Blazkowicz. We want Xbox Game Studios to go into full-on crossover and use all of their own IP. Even the ones that don’t make sense. Especially those ones, really.

We don’t know who is developing Killer Instinct 2 any more than you do, but what we do know for sure is that it will be on Xbox Game Pass on day one, as it is a first party exclusive. It will probably be on Xbox Series X/S, PC and Xbox Cloud Gaming. We look forward to C-C-C-C-Combo Breakering you soon, when we all get our hands on it in the near future.

Want to read about other games that are next-gen exclusive? Check out this page.

The post Killer Instinct 2 rumored to be in development for Xbox Game Studios appeared first on WePC | Let's build your dream gaming PC.