Konami head back to arcades with new dance game 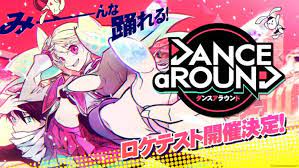 Five years after its last coin-op dance release, Konami is heading back to the arcade floor with a new dance ’em-up that is set to have you thrashing around to control your anime-style avatar in a series of dance battles.

Dance Around will continue Konami’s Bemani series of rhythm action games such as the ever-popular Beatmania which has been around for what seems like a lifetime.

Technology has moved along since the last batch of dancing games and Dance Around features a large cabinet that is fitted with two cameras to track player movement and match them to the on-screen events.

Konami is to trial a series of tests to see how the cabinet performs in real-world scenarios – Arcades aren’t traditionally the best places to zone in on a particular players’ movements and Konami is already suggesting that players will need to not we wearing t-shorts that have human figures printed on them for fear of confusing the technology.

They are also suggesting the removal of things such as hats and even really baggy jeans so that the cameras are able to track joints and outlines efficiently. It looks like we are entering a time period where you need to think about what you will be wearing before heading out to an arcade which is a bit weird.

We mentioned that the game will feature anime avatars and cute animals which is different from dance games that traditionally feature realistic characters that you are controlling so Dance Around looks like it is trying to add a fun twist to the genre.

Once the tests are complete Dance Around will start to appear in arcades. Meanwhile, if you are in Osaka, Japan the game will be being tested in situ at the Roundl Stadium Sennichimae on November 13th and 14th