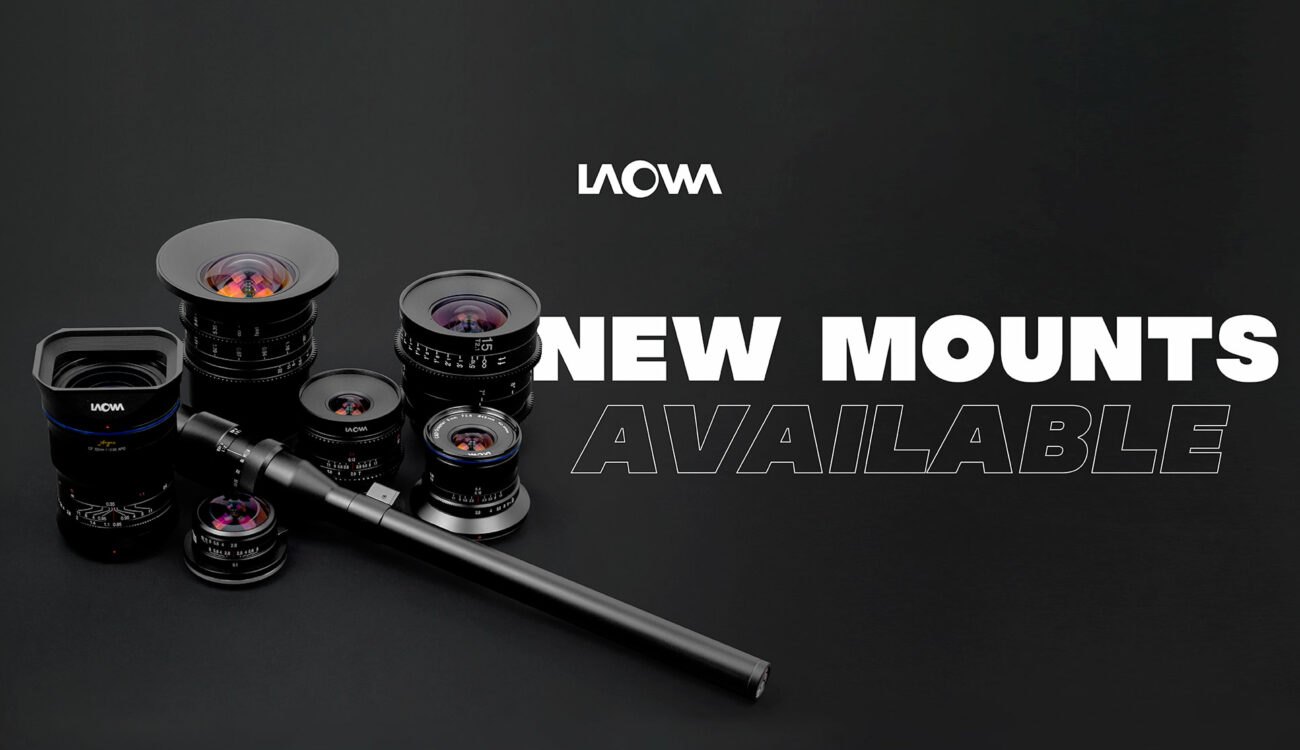 Venus Optics, the company behind Laowa, released new mount options on seven of their existing lenses, including the 24mm f/14 probe lens and the Argus 33mm f/0.95.

Laowa is known for their super-wide-angle and macro lenses. One of their most famous lenses, the 24mm f/14 2X Macro Probe is a very unique lens that was already available in EF, F, FE, L, K, and PL mount. Now Venus Optics added Nikon Z and Canon RF mount variants to their lineup. I’d say this is quite a lot to choose from!
You can find our video review of the probe lens here.

Venus Optics also shows a new lens variant of their Argus 33mm f/0.95 lens with the Canon EOS-M mount. They recently received an award for this lens and the 15mm Zero-D. That’s quite an interesting choice as Canon seems to leave the EOS-M mount behind and fully focus on their RF lineup. Of course, this doesn’t exclude the possibility of many EOS-M users wanting more and new lenses.

All lenses are planned to start shipping from August onwards, so waiting shouldn’t be necessary.

Here’s the list of all updated Laowa lens mount variants including their retail selling price:

Shipping is about to start August onwards and they are already available on Venus Optics’ site. You can check it out here.

Do you have a favorite Laowa lens? Let us know in the comments.