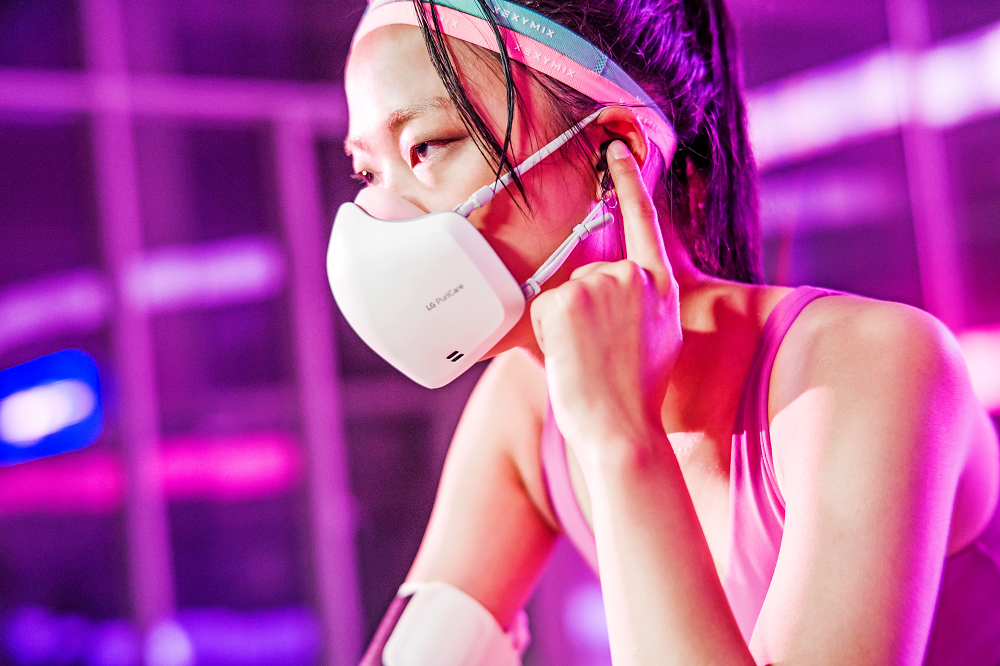 LG has announced a couple of major upgrades for its PuriCare Wearable AirPurifier, which will make it easier for people around wearers to hear and understand speech.

The latest iteration includes a built-in microphone and speaker which can amplify speech while offering a smaller and lighter form factor over-all. The company says at 94 grams the device can be worn comfortably for up to 8 hours.

LG says the VoiceOn feature will ensure wearers won’t have to pull down the mask or shout at the top of their lungs to have a chat with another human.

“VoiceON automatically recognises when users are talking and amplifies their voice through the built-in speaker so listeners don’t have to strain or lean in to hear every word,” the company says in a press release.

What stays the same is the built-in dual fans that can sense wearers’ breathing pattens, which LG says will make breathing “easier and more natural” than when you’re wearing a standard face-hugging covering. It still promises a tight seal that’ll stay comfortable for prolonged use. There’s a 1,000mAh battery (up from 850mAh) that can be replenished in two hours.

LG says the PuriCare, which was first unveiled around a year ago, will be available in Thailand from August. It promises other markets will follow when the requisite regulatory approval is granted in each nation.

The company says it is already being worn by 120 Thai athletes, coaches who used it to travel to Tokyo for the Olympic Games, which officially get underway this weekend.

Considering masks are probably going to be around for some time yet, despite no longer being compulsory in England in most settings, tech-based solutions that lessen the burden could prove quite the earner for companies like LG.

We still prefer the Razer RGB face mask, which is much flashier than LG’s offering and promises an anti-fog coating and interior lighting so those around you will be able to see your mouth moving even when it’s dark.